Here's how you can ease your kid's vaccination pain 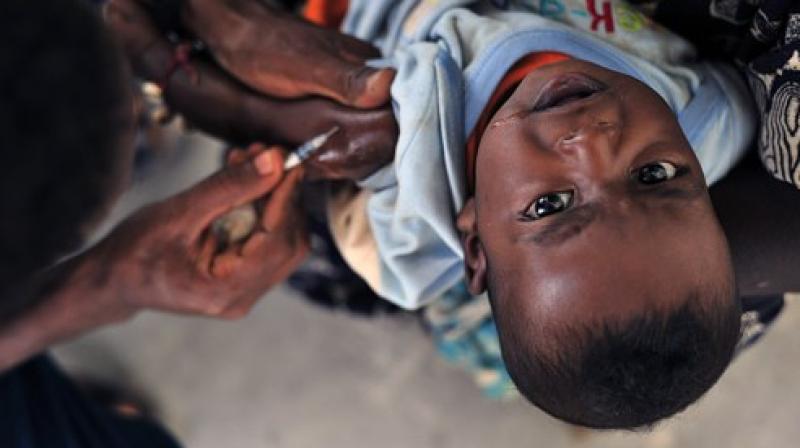 The pain of jabs can sometimes be a barrier to getting kids vaccinated, but according to a recent study, the pokes don't have to be so petrifying, and parents can actually play a big role in soothing the sting.

The research from York University's OUCH Cohort at the Faculty of Health found that the amount of distress and pain felt by a preschooler during a vaccination is strongly related to how their parents help them cope before and during an appointment.

In the study, researchers used the data from 548 children who had been followed during infant and/or preschool vaccinations. Infants were included in the study if the infant had no suspected developmental delays or impairments, had no chronic illnesses, had never been admitted to a neonatal intensive care unit, and was born no more than three weeks preterm.

Researchers evaluated various pain behaviours such as facial activity (grimacing), leg activity (crunching of legs), crying and consolability to measure the level of pain in children. They also looked at what the child and parent said that related to coping with the pain.

"When children were distressed prior to the needle, that made them feel more pain after the needle," said senior author Rebecca Pillai Riddell.

The data confirmed that engaging in coping-promoting behaviours like encouraging a child to take deep breaths was important. Using distractions such as pulling out an iPhone or distracting children with plans about what they will do after the appointment also improved children's coping.

However, Pillai Riddell noted that it may be even more important to avoid negative or distress-promoting behaviours.

"Telling kids that 'it's ok, it's going to be fine' over and over again actually makes children feel anxious. Parents only say things are 'okay' when things are not ok. Ensuring you don't criticize a child, such as saying: 'strong girls don't cry', 'big boys don't do that' is important. Also, don't apologize to a child by saying things like: 'I'm sorry this is happening to you,' is also key," added Pillai Riddell. "These are all distress-promoting behaviours and increase pain and distress."

The study found that not only is a parent's behaviour during vaccinations critical to a child's pain coping responses, but that the behaviour may also impact their reactions in the future. Moreover, the research may better inform medical care and may predict suffering by children during vaccinations into adulthood.

The research is published in Pain.