About two percent of US children are allergic to peanuts and must avoid them altogether. 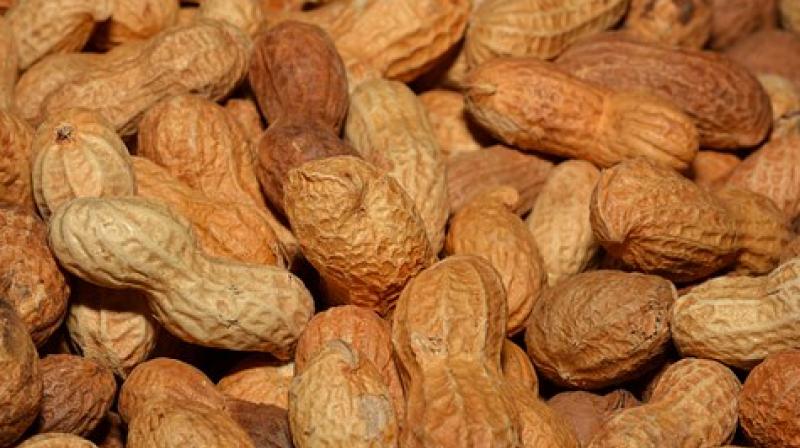 About two percent of US children are allergic to peanuts and must avoid them altogether. (Photo: Pixabay)

An experimental patch that delivers a high dose of peanut protein has shown promise in reducing allergic reactions in children and adults, researchers said on Tuesday.

About two percent of US children are allergic to peanuts and must avoid them altogether.

Peanut allergies are on the rise, and are the most common cause of severe and fatal food reactions in the United States, according to researchers.

The study published in the Journal of the American Medical Association (JAMA) enrolled 221 children and adults who are allergic to peanuts.

Participants were randomly assigned to three groups, each of which wore a Viaskin Peanut skin patch in different doses. A fourth group received a placebo.

The trial, known as phase two, was designed to test which dose was best, and how well it would work over a year.

The highest dose tested, 250 micrograms, was most effective, and appeared to help half the patients who wore it. The placebo patch helped one-quarter of wearers.

Patients were considered "responders" if they took without incident either 1,000 mg or more of peanut protein, or 10 times the pretreatment amount of peanuts.

But since there were only 28 patients in the 250-microgram patch group, a larger study is needed to better understand how well the patch might work.

"The sample size of each treatment group was relatively small," said the study led by Hugh Sampson of the Icahn School of Medicine at Mount Sinai, New York.

A further trial—known as phase three and which aims to flesh out more widely how the patch works—has been initiated in children aged four to 11 using the 250-microgram patch, according to the report.

In January, the National Institute of Allergy and Infectious Diseases (NIAID) urged parents to feed babies peanut-containing foods beginning at the age of four months to five years.

This practice reduces by 81 percent the risk of peanut allergy among infants deemed at high risk because they already had severe eczema, egg allergy or both, the agency said.