Many of the participants said the immersive "presence" while using VR allowed them to focus better. 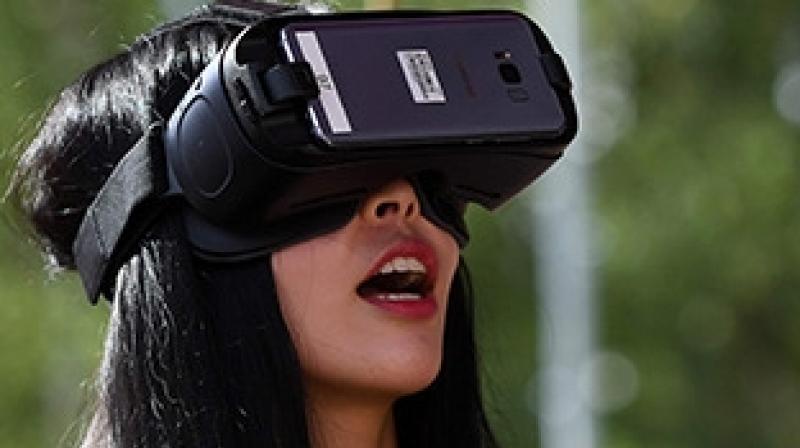 Many of the participants said the immersive "presence" while using VR allowed them to focus better. (Photo: AP)

People remember information better if it is presented to them in a virtual environment as opposed to desktop computers, researchers, including one of Indian origin, have found.

The study, published in the journal Virtual Reality, found that people learn better through virtual, immersive environments as opposed to more traditional platforms like a two-dimensional desktop computer or hand-held tablet.

"This data is exciting in that it suggests that immersive environment could offer new pathways for improved outcomes in education and high-proficiency training," said Amitabh Varshney, a professor at the University of Maryland in the US.

For the study, the team used the concept of a "memory palace," - where people recall an object or item by placing it in an imaginary physical location like a building or town.

The method has been used since classical times, taking advantage of the human brain's ability to spatially organise thoughts and memories.

"Humans have always used visual-based methods to help them remember information, whether it's cave drawings, clay tablets, printed text and images, or video," said Eric Krokos, a doctoral student at the University of Maryland.

The researchers recruited 40 volunteers - mostly students unfamiliar with virtual reality. They split the participants into two groups: one viewed information first via a VR head-mounted display and then on a desktop; the other did the opposite.

Both groups received printouts of well-known faces and familiarised themselves with the images. They then showed the participants the faces using the memory palace format with two imaginary locations.

Both of the study groups navigated each memory palace for five minutes. Desktop participants used a mouse to change their viewpoint, while VR users turned their heads.

Next, the users were asked to memorise the location of each of the faces shown. Half the faces were positioned in different locations within the interior setting - Oprah Winfrey appeared at the top of a grand staircase; Stephen Hawking was a few steps down, followed by Shrek.

On the ground floor, Napoleon Bonaparte's face sat above majestic wooden table, while Martin Luther King Jr was positioned in the centre of the room.

Similarly, for the medieval town setting, users viewed images that included Hillary Clinton's face on the left side of a building, with Mickey Mouse and Batman placed at varying heights on nearby structures.

Then, the scene went blank, and after a two-minute break, each memory palace reappeared with numbered boxes where the faces had been. The research participants were then asked to recall which face had been in each location where a number was now displayed.

The key was for participants to identify each face by its physical location and its relation to surrounding structures and faces - and also the location of the image relative to the user's own body.

The results showed an 8.8 per cent improvement overall in recall accuracy using the VR headsets, a statistically significant number according to the research team.

Recent research in cognitive psychology suggests that the mind is inherently embodied, and that the way humans create and recall mental constructs is influenced by the way they perceive and move, said Catherine Plaisant, a senior research scientist at the University of Maryland.

"This leads to the possibility that a spatial virtual memory palace -- experienced in an immersive virtual environment - could enhance learning and recall by leveraging a person's overall sense of body position, movement and acceleration," she said.

"By showing that virtual reality can help improve recall, it opens the door to further studies that look at the impact of VR-based training modules at all levels - from elementary school children learning astronomy to trauma residents acquiring the latest knowledge in lifesaving procedures," Varshney added.