The underlying message is to stay active, in whatever manner an individual will adhere to over the long-term. 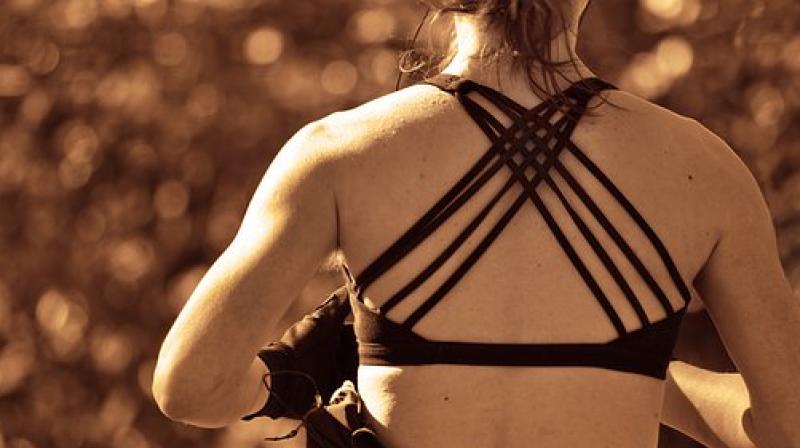 Resistance workouts were linked with fewer depression symptoms regardless of whether participants had a physical, mental health problems. (Photo: Pixabay)

People who do resistance exercises like weight lifting and strength training may experience fewer depression symptoms, a research review suggests.

The study team analyzed data from 33 clinical trials that randomly assigned a total of 947 adults to participate in resistance training programs and another 930 adults to be inactive.

Resistance workouts were associated with fewer depression symptoms regardless of whether participants had a physical or mental health problem, although the effect was most pronounced in adults with mild to moderate depression, the study team reports in JAMA Psychiatry.

“Previous reviews have shown that exercise training of all types improves depressive symptoms among otherwise healthy adults, adults with a variety of medical conditions, and adults with major depressive disorder,” said lead author Brett Gordon, a researcher at the University of Limerick in Ireland.

Most prior research, however, has focused more on aerobic exercise like running and cycling rather than on resistance workouts like weight lifting and strength training, Gordon said by email.

On average, the resistance training programs in the small trials included in the current study lasted about 16 weeks, although they ranged in duration from 6 to 52 weeks.

Most often, the programs included three weekly exercise sessions, although some had only two and others had as many as seven sessions per week. Many of the resistance training programs included supervised workouts alone or in combination with some unsupervised sessions.

In the subset of smaller trials that tracked whether people completed exercise programs as directed, the adherence rate was 78 percent. Some other trials reported only attendance, and this ranged from 88 percent to 94 percent.

Resistance training was associated with a reduction in depression symptoms regardless of how often people exercised. It also didn’t appear to matter whether participants experienced improvements in strength or gains in muscle mass.

Even though the smaller trials in the analysis were controlled experiments designed to prove whether resistance training might be better than inactivity for easing depression, these trials still didn’t determine if exercise might work best alone, combined with medication or psychotherapy, or as an alternative to those treatments. The study also didn’t compare the effects of resistance training to aerobic exercise or other types of workouts.

Moreover, several trials in the analysis did not track whether people who were prescribed antidepressants took these medications as directed, and this might independently influence the magnitude of any changes in depression symptoms associated with exercise.

Even so, the results add to evidence that a range of exercises may be able to help ease depression and other mood disorders, said Dianna Purvis Jaffin of the Brain Performance Institute at the Center for BrainHealth at the University of Texas at Dallas.

“The underlying message is to stay active, in whatever manner an individual will adhere to over the long-term,” Jaffin, who wasn’t involved in the study, said by email.

“We should not strive to make it a contest between aerobic exercise and resistance training,” Jaffin added. “Both are essential to successful aging and independent living.”