The researchers also studied the link between age at menarche and early marriage. 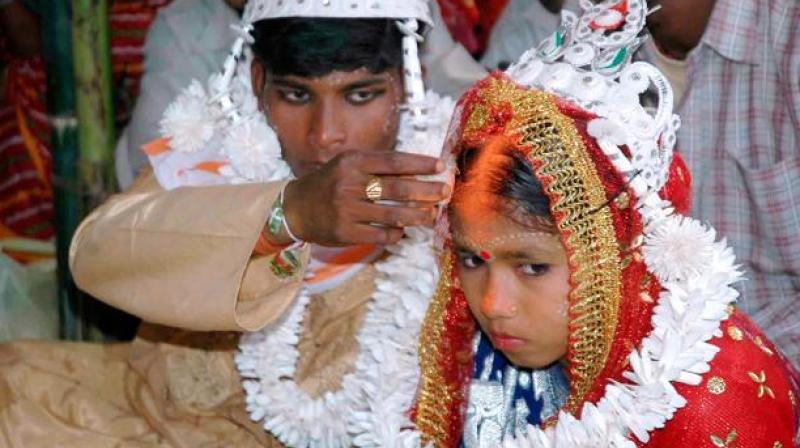 This highlights the need to include age of menarche in studies (Photo: AFP)

Washington: According to a recent study, the timing of a girl's first menstruation may affect her first sexual encounter, first pregnancy and her vulnerability to some sexually transmitted infections.

"Menstruation marks the beginning of a girl's reproductive life and is an important indicator of girls' physical, nutritional, and reproductive health, yet it is often overlooked in public health," said senior author Marni Sommer. In high-income countries, early menarche is defined as before the age of 12.

The Columbia University Mailman School of Public Health researchers used data from peer-reviewed studies and health and social sciences databases to assess the link between menarche and various negative sexual and reproductive health outcomes in adolescence.

Girls who experienced menarche at an earlier age were also more likely to get married at a young age. In India, for example, one study suggested that for each year menarche was delayed, the age of marriage increased by nine months.

"Despite possible similarities in the relationship between early menarche and sexual and reproductive health in low-, middle- and high-income countries, the factors associated with early menarche and early marriage may differ across ethnic groups within the same country," noted lead author Mobolaji Ibitoye. "This highlights the need for a greater understanding of the cultural and regional variations in the effect of age at menarche on age at marriage both within and between countries."

"Although our analysis did not examine these patterns, there is a critical need to assess if similar associations exist in low-and middle-income countries," said Sommer. "Ultimately this reinforces the importance of including age of menarche in many more studies."

The results are published online in the journal PLOS ONE.