Participants were also involved in a high-calorie meal challenge at the beginning and end of their nine-week dietary intervention. 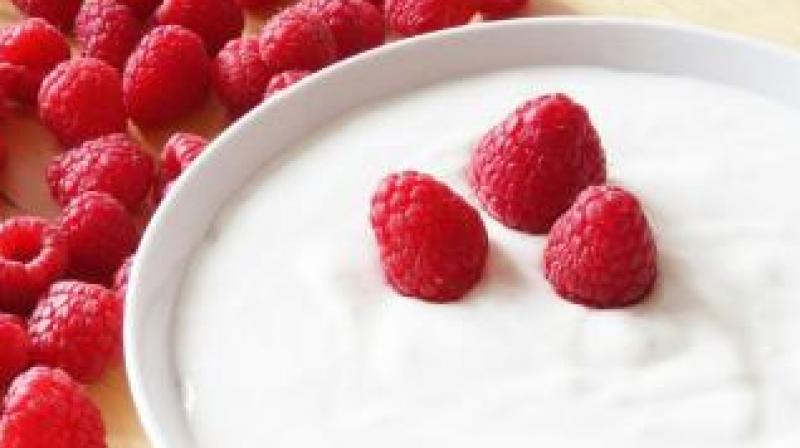 Eating eight ounces of low-fat yogurt before a meal is a feasible strategy to improve post-meal metabolism. (Photo: Pixabay)

Eating yogurt may help reduce chronic inflammation, a factor in bowel disease, arthritis and asthma, according to a study.

The research, published in the Journal of Nutrition, explored the hypothesis that yogurt may help reduce inflammation by improving the integrity of the intestinal lining.

This could help prevent endotoxins – pro-inflammatory molecules produced by gut microbes – from crossing into the blood stream.

“I wanted to look at the mechanism more closely and look specifically at yogurt,” said Brad Bolling, an assistant professor at the University of Wisconsin-Madison in the US.

While anti-inflammatory medications like aspirin, naproxen, hydrocortisone and prednisone can help mitigate the effects of chronic inflammation, each comes with its own risks and side effects.

The study enrolled 120 premenopausal women, half obese and half non-obese. Half of the participants were assigned to eat 12 ounces of low-fat yogurt every day for nine weeks; a control group ate non-dairy pudding for nine weeks.

Bolling and his team took fasting blood samples from participants and evaluated an assortment of biomarkers that scientists have used over the years to measure endotoxin exposure and inflammation.

The results showed that while some of the biomarkers remained steady over time, the yogurt-eaters experienced significant improvements in certain key markers, such as TNF, an important inflammation-activating protein.

“The results indicate that ongoing consumption of yogurt may be having a general anti-inflammatory effect,” said Bolling.

The research focuses on a different aspect of the study. Participants were also involved in a high-calorie meal challenge at the beginning and end of their nine-week dietary intervention.

The challenge, meant to stress an individual’s metabolism, started with either a serving of yogurt or non-dairy pudding followed by a large high-fat, high-carb breakfast meal.

“It was two sausage muffins and two hash browns, for a total of 900 calories. But everybody managed it. They’d been fasting, and they were pretty hungry,” Bolling said.

For both challenges, blood work showed that the yogurt “appetizer” helped improve some key biomarkers of endotoxin exposure and inflammation as participants digested the meal over the ensuing hours.

“Eating eight ounces of low-fat yogurt before a meal is a feasible strategy to improve post-meal metabolism and thus may help reduce the risk of cardiovascular and metabolic diseases,” said Ruisong Pei, a postdoctoral researcher at UW-Madison.