Black women use more hair products than other women and suffer disproportionately from uterine fibroids, early puberty and infertility. 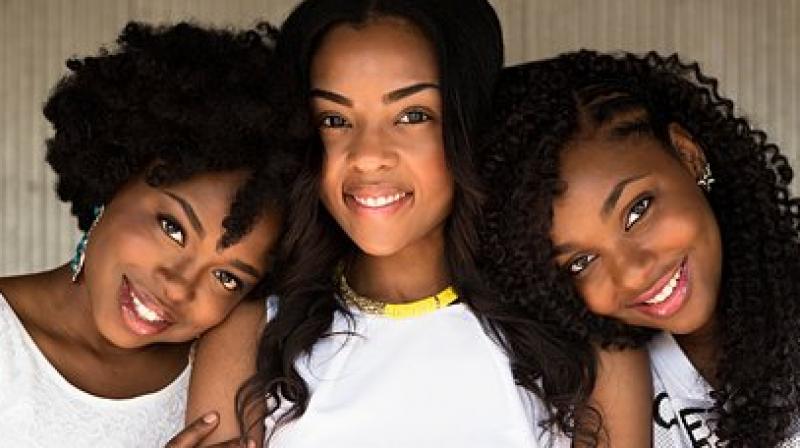 The findings could explain at least in part why African-American women go through puberty earlier and suffer from higher rates of asthma and reproductive diseases than other groups.

“The truly scary thing about this is that women are being exposed to these chemicals weekly and sometimes even daily, without their knowledge, because they assume a product is safe simply because it is on the shelf,” epidemiologist Tamarra James-Todd said after reviewing the report in Environmental Research. James-Todd, a professor at the Harvard T.H. Chan School of Public Health in Boston, supplied product information for the study but was not directly involved with the research.

Investigators tested 18 hair products - from hot-oil treatments to anti-frizz polishes, relaxers and conditioners - looking for the presence of chemicals called endocrine disrupters. These chemicals, which interfere with the way the body produces hormones, have been linked to reproductive disorders, birth defects, asthma and cancer.

Altogether, the researchers looked for 66 different endocrine disrupters. Each of the tested hair products contained at least four and as many as 30, said lead author Jessica Helm, a research fellow at the Silent Spring Institute in Newton, Massachusetts.

Eleven products contained chemicals prohibited in the European Union or flagged as a potential problem in California. The two hair products marketed to children contained the highest levels of banned or regulated chemicals, Helm said in a phone interview.

The vast majority of the chemicals discovered in the hair products - 84 percent - were not listed on the product labels.

“It’s widely known the U.S. is doing an inadequate job of testing and regulating chemicals,” Helm said. Companies are allowed to omit chemicals from product labels if they are fragrances and if they are considered a secret ingredient in the product formula.

“In many ways, we are protecting companies’ rights to privacy over consumers’ health, which seems backwards and can be particularly harmful to high-risk and vulnerable populations,” James-Todd said in an email.

Janette Robinson Flint, executive director of Black Women for Wellness in Los Angeles, said the study’s findings are proof that she and other black women “can’t shop our way out of this problem.”

“We also need manufacturers to disclose what’s in the products,” said Flint, who was not involved in the study. “We need some regulatory body to regulate these manufacturers so they don’t let them get away with not disclosing what is in the product and then using toxic products.”

She called the study long overdue. Researchers have known for years that black girls enter puberty earlier than other girls and that black women have disproportionately higher rates of deadly reproductive cancers, she said. Yet little prior research has been done.

“It’s as if our lives do not matter,” she said in a phone interview.

Helm pointed out that she and her team studied only 66 chemicals, just a fraction of those in hair products. There’s a “universe of other products we really don’t know much about,” she said.

Prior research has shown that black women use more hair products than other women and suffer disproportionately from uterine fibroids, early puberty and infertility, Helm said. In addition, their rates of endometrial and breast cancers are on the rise.

The current study can’t prove that the presence of endocrine disrupting chemicals in hair products actually causes these or other problems. But the study does point to them as a potential source, Helm said.

She, James-Todd and Flint encouraged more regulation of the contents of hair products targeted to black women and personal-care products in general. Senators Susan Collins (R-Maine) and Dianne Feinstein (D-California) have introduced legislation (the Personal Care Products Safety Act) that would further empower the US Food and Drug Administration to regulate ingredients in cosmetics and personal-care products.

“The more natural styles come into fashion, and the more skills black moms have in styling their children’s hair in natural hairstyles, the less vulnerable our children will be to overexposure to toxic chemicals and having their immune systems compromised by having to fight these toxic chemicals,” she said.