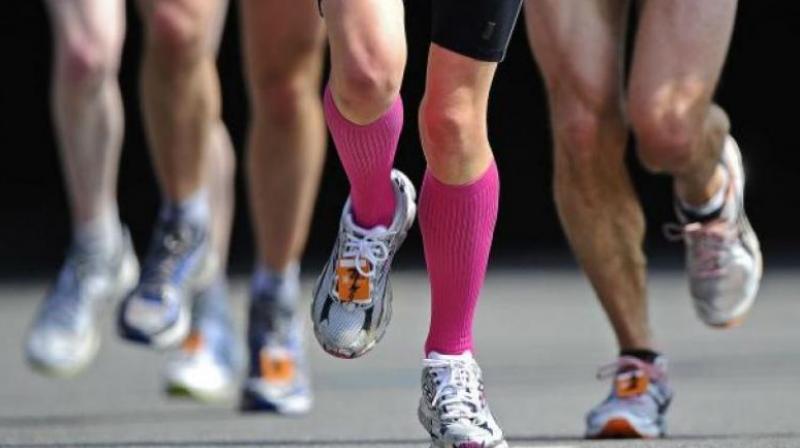 Pedometers and wearable devices are more likely to help change health behaviors if they are combined with an engagement strategy. (Photo: AFP)

Patients with rheumatoid arthritis who receive pedometers may be more active and feel less fatigued even if they are not told to use the trackers to aim for a specific number of steps, a small study suggests.

All 96 study participants had rheumatoid arthritis, an immune system disorder that causes debilitating swelling and pain in the joints. Researchers randomly assigned patients to get a pedometer with or without a daily step goal, or to get only educational brochures with advice on becoming more active.

After 21 weeks, all of people with pedometers were walking more on average each day: 1,441 additional steps without a step goal and 1,656 extra steps with a goal. But the patients who didn’t get pedometers actually got 747 fewer steps a day on average by the end of the study.Patients with pedometers reported statistically meaningful declines in fatigue during the study, but people who only got education did not.

“We found that increasing activity just through walking decreased fatigue,” said lead study author Dr. Patricia Katz of the University of California, San Francisco. “Most of us probably don’t realize how inactive we are until we start measuring our daily activity,” Katz said by email. “Having a concrete goal, such as the number of daily steps, seems to help people become and stay active.”

Every patient received the same educational brochure at the start. In the two groups that received pedometers, all of the participants were asked to keep a daily diary to record how many steps they logged.For one group with pedometers, researchers also assessed their activity levels at the start of the study and set goals for them to increase their average daily steps by 10 percent every two weeks.

At the start of the study, participants were 54 years old on average and were typically getting about 4,891 steps a day, which researchers classified as sedentary. Very few of them were getting at least 8,000 steps a day, which the researchers say is a healthy activity level.Beyond its small size, another limitation of the study is that researchers lacked data on how often participants wore the devices, which makes it difficult to get an accurate daily step count, the authors note in Arthritis Care and Research.

It’s also possible that the pedometer groups might not have improved as much if they hadn’t also been recording their steps in a daily diary, which increases their engagement with the effort to be more active, said Dr. Mitesh Patel, a researcher at the University of Pennsylvania in Philadelphia who wasn’t involved in the study.“Research indicates that for most people, pedometers and wearable devices are more likely to help change health behaviors if they are combined with an engagement strategy,” Patel said by email.

Generally, pedometers are most useful for people who are sedentary and unaware of their own level of inactivity, said Dr. Lucas Carr, a physiology researcher at the University of Iowa who wasn’t involved in the study.“This relatively simple intervention helped a very sedentary group of rheumatoid arthritis patients increase their activity at a level that is considered clinically significant,” Carr said by email. “The largest health benefits are realized when an individual changes from doing nothing to doing something.”

While the study included only people with rheumatoid arthritis, it’s possible pedometers might be useful for people with other chronic medical problems, said Dr. David Geier, an orthopedic surgeon sports medicine specialist in Charleston, South Carolina who wasn’t involved in the study.

“It seems reasonable to think they could help stimulate activity,” Geier said by email. “Physical activity would be helpful for almost everyone.”