Only one made by 100 per cent natural marine bioactive ingredients from seaweeds. 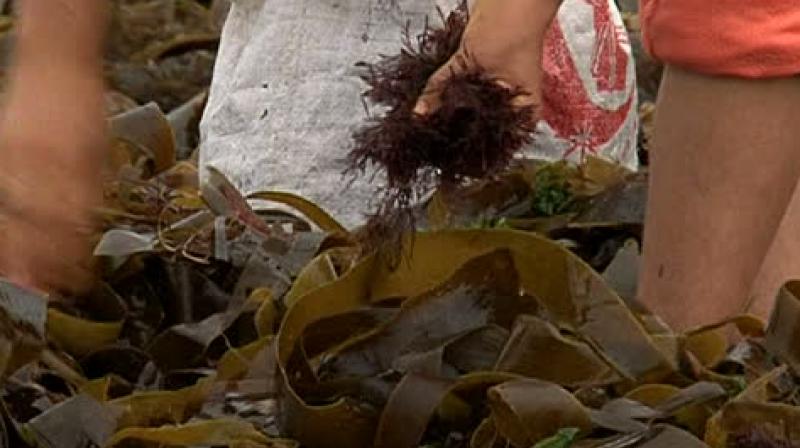 The product--CadalminTM Antihypercholesterolemic extract (CadalminTM ACe)-- is the only one "made by 100 per cent natural marine bioactive ingredients from seaweeds as a natural remedy of obesity and dyslipidemia," according to Scientists at the Kochi headquartered Central Marine Fisheries Research Institute.

The product will be released by Governor P Sathasivam during the inaugural function of the Platinum Jubilee celebration of CMFRI on Saturday here, the institute said in a release.

CMFRI scientists prepared the extract from seaweeds which are commonly available in Indian coastal waters and are natural bounty of the sea and are known for their extraordinary medicinal properties, it said.

The product contains 100 per cent natural marine bioactive ingredients from selected seaweeds by a patented technology, and would be made available in 400 mg capsules, the scientist said.

"The nutraceutical does not have any side effects as established by detailed preclinical trials. CadalminTM Antihypercholesterolemic extract is the only product made by 100 per cent natural marine bioactive ingredients from seaweeds as a natural remedy of obesity and dyslipidemia, as far as our knowledge goes," Chakraborty added.

All these technologies have been commercialized through pharmaceutical companies. Dr A Gopalakrishnan, Director of CMFRI, said the institute is in the process of developing more health products from the underutilized seaweeds.

"The CMFRI is also in the process of standardizing and promoting seaweed farming all along the Indian coasts as a livelihood option for the coastal communities. This is expected to compensate for the dip in income for the fishermen during lean seasons," Gopalakrishnan said.