Experts are hopeful the findings could lead to new methods to prevent vision loss. 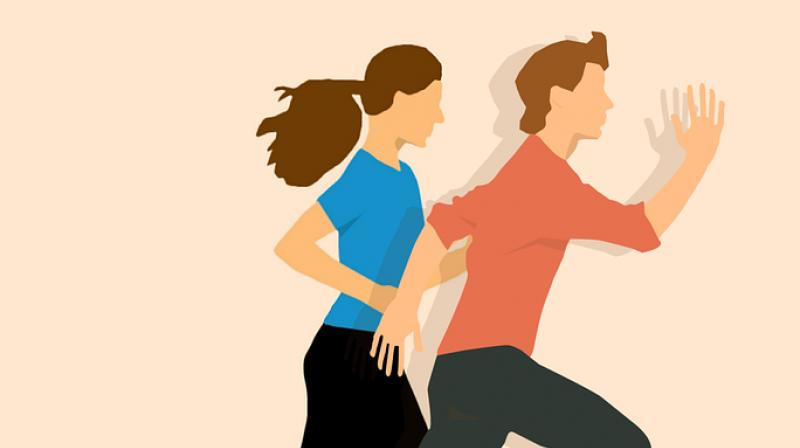 When fluid is unable to drain and pressure builds up it causes glaucoma to develop. It often affects both eyes, but one eye can develop the condition faster.

Even though previous research has indicated the eye disease is linked to blood flow, scientists still haven't uncovered how.

However, researchers at the University of California, Los Angeles (US), found a connection between lower glaucoma rates and exercise.

Apart from detecting the damage to the eye early, researchers wanted to know if lifestyle habits could reduce a person's risk of developing the disease.

Dr Victoria Tseng, of UCLA's ophthalmology department and her team, analysed data from the National Health and Nutrition Examination Survey, to track the nutritional and health patterns of American adults since the 1960's.

People who worked out intensively reported a 73% lower risk of developing the disease than those who do not do any physical activity, the team found.

"This is just a hypothesis, we need to take this into a lab. But it was something that we hadn't seen before," Dr Tseng told the Daily Mail. Adding, "Our research suggests that it is not only the act of exercising that may be associated with decreased glaucoma risk, but that people who exercise with higher speed and more steps of walking or running may even further decrease their glaucoma risk compared to people who exercise at lower speeds with less steps."

The World Health Organisation (WHO), reports glaucoma is the second leading cause of blindness.

Currently treatment methods are laser treatment, surgery and eye drops. However, these methods have an impact if it is spotted early, as it cannot be reversed and could lead to vision loss.

Experts are hopeful the findings could lead to new methods to prevent vision loss.