Breastfeeding could prevent risk of eczema in children

Eczema causes the skin to become itchy, dry, cracked, sore and red and affects around one in five children and one in ten adults. 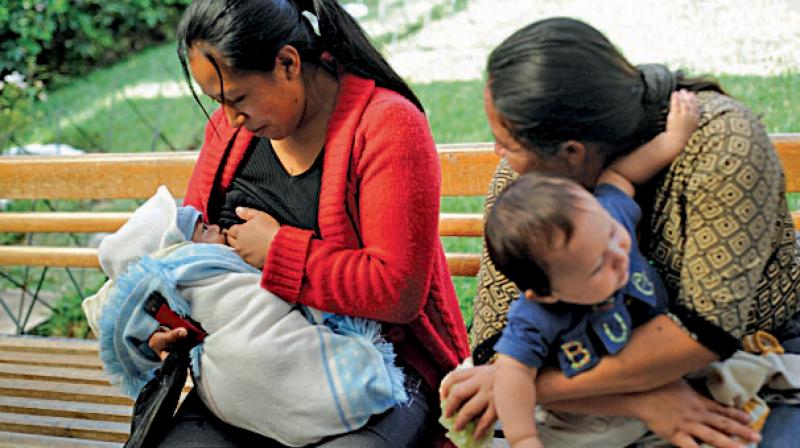 A new study finds that people who were breastfed as babies are half as likely to develop the painful skin condition called eczema.

Researchers from King's College London, Harvard University, University of Bristol and McGill University have discovered that children whose mums breastfed them for between four and six months have a 54 per cent lower risk of developing the condition in their teens.

The study PROmotion of Breastfeeding Intervention Trial (PROBIT) recruited 17,000 mothers and their new-born babies between June 1996 and December 1997 for the study and lead author Dr Carsten Flohr said, “The World Health Organisation recommends between four and six months of exclusive breastfeeding to aid prevention of allergy and associated illnesses.”

She went on to add, “Our findings add further weight to the importance of campaigns like the Baby-Friendly Hospital Initiative, which is tackling low rates of breastfeeding globally.”

Eczema causes the skin to become itchy, dry, cracked, sore and red and affects around one in five children and one in ten adults.

Professor Richard Martin from Bristol Medical School added, “We provide convincing evidence from a large randomised trial of 17,000 mothers and their children that guiding and helping mothers to exclusively breastfeed results in their children having a lower risk of eczema as adolescents.”

Breastfeeding is always the first recommended choice for feeding a baby.

The study was published in the Journal of the American Medical Association Paediatrics.