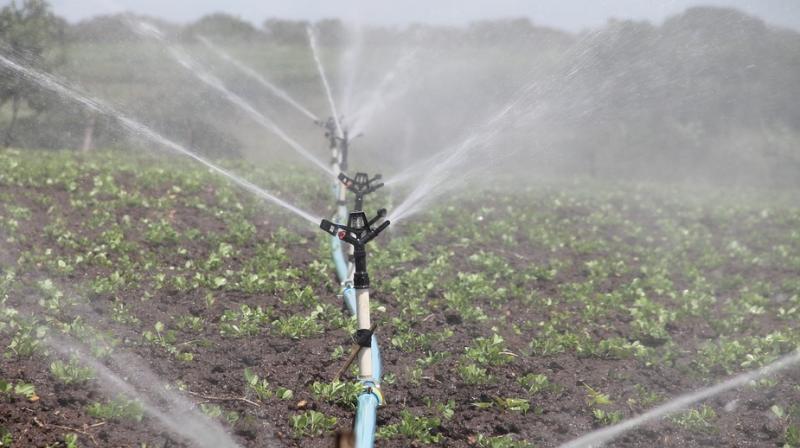 According to a recent study, irrigating vegetables with wastewater in African cities may spread disease.

The research suggests that urban farmers, growing vegetables to feed millions of people in Africa's ever-growing cities, could unwittingly be helping to spread disease by irrigating crops with wastewater.

Experts discovered that wastewater collected from canals, used for urban agriculture in Burkina Faso, was rich in virulent human pathogens which cause gastroenteritis and diarrhea, which is a major cause of death in low and middle-income countries.

Researchers at the University of Birmingham led an international team from Burkina Faso, Cameroon, and Germany to study wastewater samples from three canals in the capital Ouagadougou - a city of 2.2 million inhabitants.

After identifying a wide range of antibiotic resistance genes in the water, they concluded that using wastewater for urban agriculture in the city posed a high risk of spreading bacteria and antimicrobial resistance among humans and animals.

With the urban population in sub-Saharan Africa expected to rise from 400 million (2010) to 1.26 billion in 2050, according to UN estimates, agriculture in towns and cities is recognised as a vital way of contributing to food security and alleviating poverty.

Professor Laura Piddock, from the University of Birmingham's Institute of Microbiology and Infection, said, "Using wastewater for agricultural irrigation represents a very serious health risk, not least as it increases exposure to faecal pathogens. Wastewater appears to be a 'hot spot' for antibiotic-resistant bacteria in Burkina Faso."

"We urgently need further investigations to determine the extent that exposed populations are affected by this health issue. There is also an urgent need to improve global access to clean water, sanitation, and hygiene in low and middle-income countries to help prevent bacterial resistance spreading from the environment to people," Piddock added.

Dr. Blaise Bougnon from the University of Yaounde (Cameroon), commented, "Some 200 million urban dwellers are reported to be engaged in urban agriculture worldwide and, in some cases, produce up to 90 per cent of cities' demand for perishable vegetables, according to UN research.

"Over 80 per cent of domestic and industrial wastewater generated in low and middle-income countries is discharged untreated into the environment. Because of its low cost, availability and nutrient content, urban agriculture relies on wastewater for irrigation."

There is an increasing number of bacteria that are multi-resistant against common antibiotics and cannot be treated by current therapies. Antibiotic resistance has led to the need for more expensive drugs, which many cannot afford, resulting in increased morbidity and mortality.

Between 50 and 90 per cent of antibiotics administered to humans and animals are excreted as a mixture of parent drug and metabolite forms, with significant levels of active drug ending up in the environment, where they may persist in soil and aquatic ecosystems.

The study found evidence in the canal water samples of pathogens commonly responsible for waterborne diseases which could lead to people directly or indirectly exposed to these wastewaters suffering from acute diarrhea, chronic gastritis, and gastroenteritis.

In low and middle-income countries, 842,000 people die annually from diarrhea, according to the World Health Organisation, because of inadequate water, sanitation, and hygiene.

The findings appeared in the Journal of Environmental Research.