Here's how obesity is linked to early-onset colorectal cancer 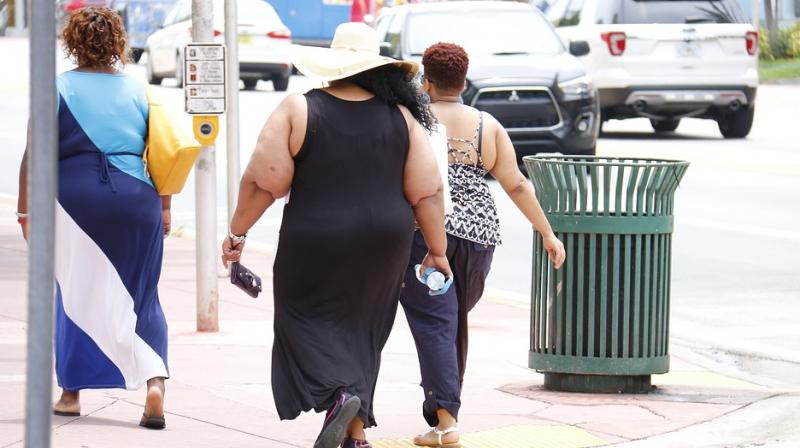 Washington: According to a recent study, women who are overweight or obese have up to twice the risk of developing colorectal cancer before age 50 in contrast to women who have what is considered a normal body mass index.

In the United States, overall rates of new colorectal cancer cases and deaths from the disease have decreased steadily since 1980, largely owing to recommended colonoscopy screening starting at age 50. For reasons that remain unknown, new cases of, and deaths due to, both colon and rectal cancers have been increasing for younger adults ages 20 to 49.

The study is among the first epidemiologic analyses of the potential contributors to early, onset colorectal cancer, cases diagnosed under age 50. The researchers found that higher current BMI, BMI at 18 years of age, and weight gain since early adulthood are associated with increased risk of colorectal cancer under age 50.

The study included data from 85,256 women ages 25 to 44 in the Nurses' Health Study II, which began in 1989. The researchers collected detailed information on body weight throughout the life course, family and endoscopy histories, and lifestyle factors at study baseline and every two to four years. Up to 2011, doctors diagnosed 114 colorectal cancer cases under age 50.

"Our findings really highlight the importance of maintaining a healthy weight, beginning in early adulthood for the prevention of early-onset colorectal cancer," said co-senior author and cancer epidemiologist Yin Cao.

"We hypothesized that the obesity epidemic may partially contribute to this national and global concern in early-onset colorectal cancer rates, but we were surprised by the strength of the link and the contribution of obesity and weight change since early adulthood," Cao added.

Compared with women with the lowest BMIs (18.5-22.9 kilograms per square meter), women with the highest BMI (greater than 30) had almost twice the risk of early-onset colorectal cancer. According to the Centers for Disease Control and Prevention, the normal BMI range is 18.5-24.9 kilograms per square meter. BMIs from 25-29.9 is considered overweight, and BMI greater than 30 are considered obese.

Early-onset colorectal cancer remains relatively rare at about eight cases per 100,000 people, but since these populations do not receive routine screening, cases often are diagnosed at later stages of the disease, making them much more difficult to treat.

The researchers estimated that roughly 22 percent of early-onset colorectal cancer could have been prevented had all participants had a normal BMI between 18.5-24.9. On a population scale, this represents thousands of potentially preventable colorectal cancer cases among the younger population.

The researchers further found that the higher risk of early-onset colorectal cancer associated with increasing BMI held even among women with no family history of the disease.

"There are few known risk factors for early-onset colorectal cancer," said Edward Giovannucci, MD, ScD, of the Harvard T.H. Chan School of Public Health. "If the screening age gets pushed before age 50, BMI may be one of the factors to take into account. Yet the cost analysis and risk-benefit analysis for early age of screening remains to be done."

The researchers emphasized that this is an association study -- it does not establish that increasing weight is a cause of early-onset colorectal cancer. It is possible BMI could be serving as a surrogate for other risk factors that may influence colorectal cancer risk, including metabolic syndrome and diabetes, which also have been increasing at the population level.

The researchers said further studies are needed to uncover the best ways to identify young people at high risk of colorectal cancer at younger ages. And since this study was limited to women who were predominantly white, more research is needed to see if these associations hold for men and for diverse racial and ethnic populations.

The study appeared in the Journal- JAMA Oncology.