Nano-sized cells of body may help in fighting cancer: Study. 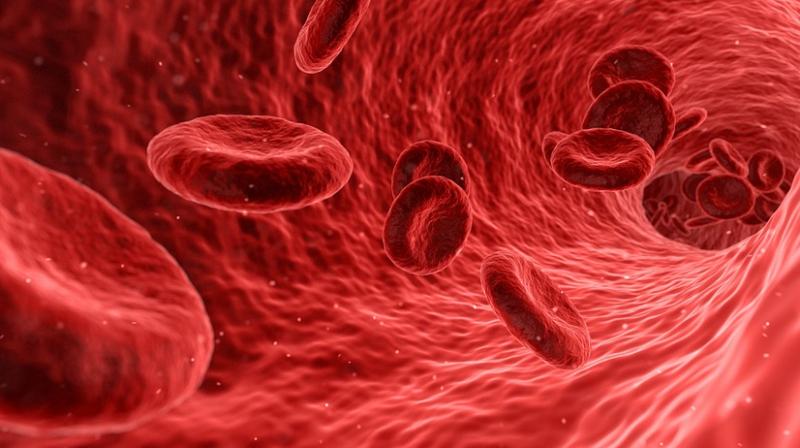 Washington: The nano-sized cells that transfer genetic material to other cells in our body may turn into mini treatment transporters to kill cancer cells, suggests a study from Michigan State University and Stanford University.

The study published in the journal, 'Molecular Cancer Therapeutics' focused on breast cancer cells in mice.

"What we've done is improve a therapeutic approach to delivering enzyme-producing genes that can convert certain drugs into toxic agents and target tumours," said Masamitsu Kanada, lead author and an assistant professor of pharmacology and toxicology in MSU's Institute for Quantitative Health Science and Engineering.

These drugs, or pro-drugs, start out as inactive compounds. But once they metabolise in the body, they're immediately activated and can get to work on fighting everything from cancer to headaches. Aspirin is an example of a common pro-drug.

In this case, researchers used extracellular vesicles, or EVs, to deliver the enzyme-producing genes that could activate a prodrug combination therapy of ganciclovir and CB1954 in breast cancer cells.

Minicircle DNA and regular plasmid -- two different gene vectors that act as additional delivery mechanisms for DNA -- were loaded into the vesicles to see which was better at helping transport treatment. This is known as a gene-directed enzyme, pro-drug therapy.

They found that the minicircle DNA was 14 times more effective at delivery and even more successful at killing the cancerous tumour.

"Interestingly, the plasmid delivery method didn't show any tumour cell killing," Kanada said. "Yet the mini circle DNA-based therapy killed more than half of the breast cancer cells in the mice."

According to Kanada, this new approach could effectively become a better cancer treatment option than chemotherapy down the road.

"Conventional chemotherapy isn't able to differentiate between tumours and normal tissue, so it attacks it all," Kanada said. "This non-specificity can cause severe side effects and insufficient drug concentration in tumours."

With EVs, treatment can be targeted and because of their compatibility with the human body, this type of delivery could minimise the risk of unwanted immune responses that can come with other gene therapies.

"If EVs prove to be effective in humans, it would be an ideal platform for gene delivery and it could be used in humans sooner than we expect," Kanada said.