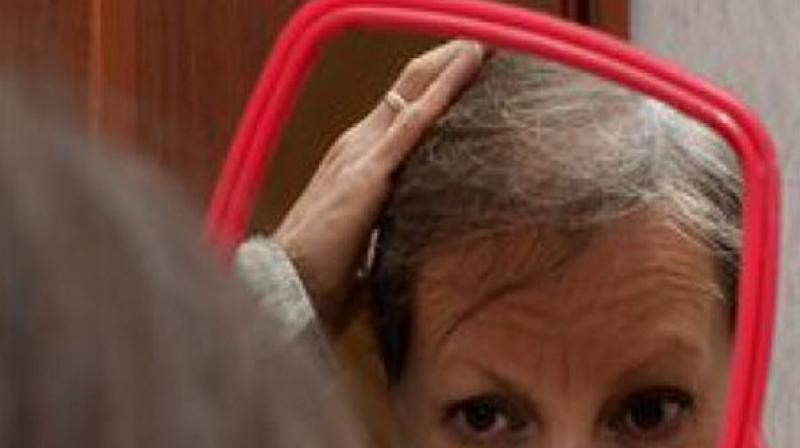 Taxanes have been used in the clinic for decades, and have long been known to cause hair loss. (Photo: ANI)

Washington: Hair loss from chemotherapy happens to be one of the most distressing side effects of modern cancer therapy and while working towards finding a solution, researchers have discovered a new strategy to protect hair follicles.

The study from the laboratory of Professor Ralf Paus of the Centre for Dermatology Research described how damage in the hair follicle caused by taxanes, cancer drugs which can cause permanent hair loss, can be prevented.

To do this, scientists have exploited the properties of a newer class of drugs called CDK4/6 inhibitors, which blocks cell division and are already medically approved as so-called "targeted" cancer therapies.

According to the study published in the journal ' EMBO Molecular Medicine,' Taxanes are very important anti-cancer drugs commonly used to treat, for example, patients with breast or lung carcinoma and particularly cause anxieties among breast cancer patients for the very distressing and sometimes long-lasting hair loss taxanes can induce.

"A pivotal part of our study was to first get to grips with how exactly hair follicles responded to taxane chemotherapy, and we found that the specialised dividing cells at the base of the hair follicle that are critical for producing hair itself, and the stem cells from which they arise, are most vulnerable to taxanes. Therefore, we must protect these cells most from undesired chemotherapy effects -- but so that cancer does not profit from it," emphasised Dr Purba.

The team hopes that their work will support the development of externally applicable medicines that will slow or briefly suspend cell division in the scalp hair follicles of patients undergoing chemotherapy to mitigate against chemotherapy-induced hair damage.

This could complement and enhance the efficacy of existing preventive approaches i.e. scalp cooling devices.

The researchers underscore that more work is desperately needed in this lamentably under-funded field of cancer medicine, where patients have waited for so long to see real breakthroughs in pharmacological hair loss prevention.

"Despite the fact that taxanes have been used in the clinic for decades, and have long been known to cause hair loss, we're only now scratching the surface of how they damage the human hair follicle," said Dr Purba.

"We also don't really know why some patients show greater hair loss than others even though they get the same drug and drug-dose, and why it is that certain chemotherapy regimens and drug combinations have much worse outcomes than others," he added.