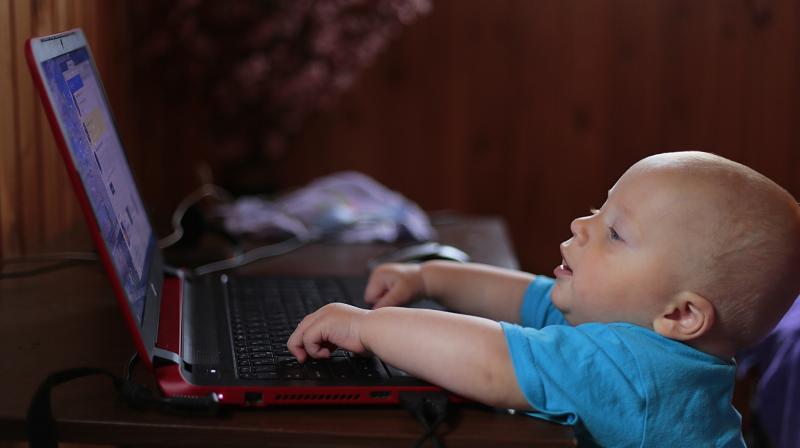 When it comes to childhood obesity, sedentary behaviour may be the most influential and controllable factor that parents can change, especially through managing screen time, according to a new American Heart Association Science Advisory.

In particular, the AHA Obesity Committee recommends removing TVs and other screens from bedrooms and excluding them from meal times, creating daily “device-free” time, encouraging outdoor play and for parents to enforce appropriate screen time by modeling these behaviours themselves.

“We’ve seen such dramatic changes in the nature of screen-based recreational devices in the last 10 years, and our behaviours are quite different, too,” said lead author Tracie Barnett of the National Institute of Scientific Research in Quebec, Canada.

Sedentary behaviour is more than an absence of physical activity, the authors note in the journal Circulation. It includes time spent watching TV, reading and riding in a car. Increased sedentary time, including screen time and sitting time, is associated with an increased risk of heart disease, diabetes and obesity, the authors write.

Obesity now affects 1 in 6 children and adolescents in the U.S., according to the Centers for Disease Control and Prevention. Current guidelines recommend limiting screen time to less than two hours per day, yet with the number of screens used both at home and at school, researchers are looking at sedentary behaviour and physical activity for answers.

“Since we have portable devices, you might think we’re using them while standing or moving, but the sedentary behaviours are still there,” Barnett told Reuters Health by phone. “And we’re learning more about what happens when we have multiple screens, such as a TV and a phone.”

The committee looked at recent research around sedentary behaviour, childhood obesity, heart health outcomes and interventions that change screen time. They note that traditional TV watching at home has decreased among children and teens, but screen time has increased, and kids are using other devices around the house to watch movies or online videos, play games and chat with others.

A 2015 study by nonprofit organization Common Sense Media found that U.S. teens spend 6 hours 40 minutes per day on screens, including about two hours of TV, and younger kids spend just over 4.5 hours per day on screens. Screen time rises substantially as children enter their teen years, and girls and minorities tend to log slightly more time on screens.

Previous studies found that decreasing screen time, both at school and at home, reduced sedentary behaviour. The most successful interventions incorporated more parental involvement and structural changes in the home environment.

“Most people are starting to realize this is a serious problem, particularly in this country,” said Jennifer Roberts of the University of Maryland in College Park, who wasn’t involved in the advisory.

“When we’re sedentary at work and home and try to cram in a 45-minute gym session, that’s already a challenge,” she told Reuters Health by phone. “How can we incorporate physical activity into our lives where we achieve some movement by getting from Point A to Point B?”

Ultimately, the AHA Obesity Committee writes, future research should look at specific screen time and give device-specific guidelines. Also, scientists must look at the new patterns of binge-watching streaming TV services and using several devices at the same time.

“We need to emphasize face-to-face interactions, prioritize time outdoors and create supportive environments with parks and walkable streets,” Barnett said. “Instead of limiting screen time, prioritize other activities that will have a positive impact on overall screen time.”