The solution was sprayed over six water reservoirs at the National Institute of Communicable Disease Centre in Coimbatore in India. 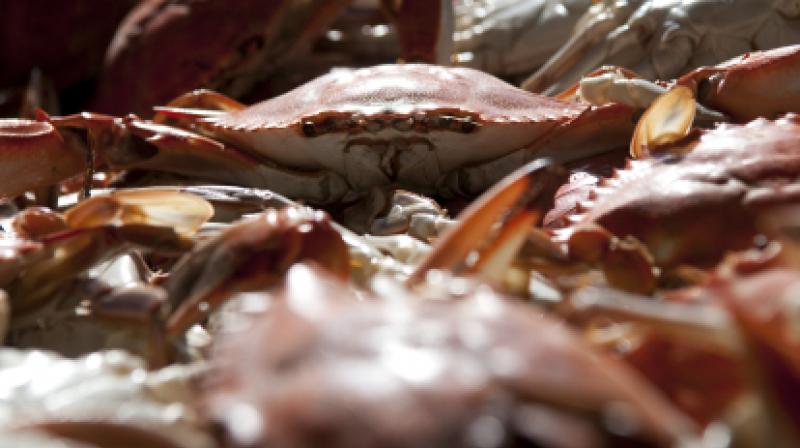 Even in small concentration, it killed mosquito larvae and pupa quite effectively (Photo: AFP)

Washington: Good news! Chinese researchers have found that a non-toxic mixture of chitin-rich crab shell powder and nanosized silver particles can be an eco-friendly way for curbing the spread of malaria.

The research was led by Jiang-Shiou Hwang of the National Taiwan Ocean University, where exoskeletons of hydrothermal vent crabs (Xenograpsus testudinatus) were crushed and oven-dried before extracting the chitin and other minerals.

The subsequent creamy-white filtrate was then mixed with silver nitrate (AgNO3) to obtain a brown-yellow solution of silver nanoparticles (AgNP).

"This research highlighted that chitosan-fabricated silver nanoparticles are easy to produce, stable over time, and can be employed at low dosages to strongly reduce populations of the malaria vector," said Hwang. "It also effectively inhibits important bacterial pathogens." Mosquitoes carry diseases such as malaria, dengue fever, yellow fever, the Zika virus and encephalitis.

The team turned their attention to chitosan or chitin, a non-toxic natural substance that has been used in wound healing, as drug carriers and in manufacturing membrane water filters and biodegradable food package coating. The solution was sprayed over six water reservoirs at the National Institute of Communicable Disease Centre in Coimbatore in India.

Even in small concentration, it killed mosquito larvae and pupa quite effectively. It had the greatest effect during the early stages of the mosquito larvae's development. The solution was also tested in conjunction with freshwater goldfish (Carassiu auratus) that fed on mosquito larvae.

The nano-particle solution did not have any effect on the fish, indicating that it is an environmentally friendly and a non-toxic product. It also inhibited the growth of disease-causing bacterial species such as Bacillus subtilis, Escherichia coli, Klebsiella pneumoniae and Proteus vulgaris.

Hwang hypothesizes that the nano-sized particles pass through the insect cuticles and into individual cells to then interfere with various physiological processes that are part of a mosquito's life cycle. The findings appeared in Springer's journal Hydrobiologia.