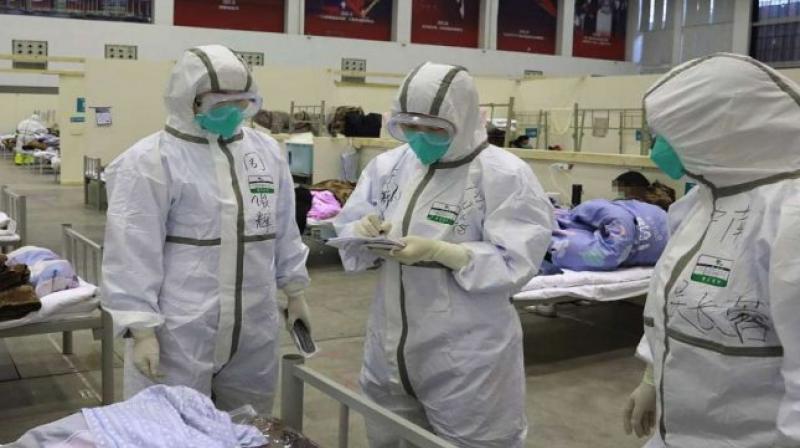 More than a third of medical staff responding to COVID-19 during its peak in China may have suffered from insomnia, according to a study which suggests that the pandemic is not just a physical health threat, but may also be triggering a mental health epidemic.

According to the study, published in the journal Frontiers in Psychiatry, healthcare workers who experienced sleeplessness following their hospital shifts were also more likely to feel depressed, anxious, and have stress-based trauma.

"Typically, stress-related insomnia is transient and persists for only a few days," said Bin Zhang, a professor at Southern Medical University in Guangzhou, China, and study co-author.

"But if the COVID-19 outbreak continues, the insomnia may gradually become chronic insomnia in the clinical setting," Zhang said.

In the study, the scientists used the social media platform WeChat to survey 1,563 participants with self-administered questionnaires.

The surveys were conducted between January 29 and February 3 at the peak of the COVID-19 epidemic in China, they said.

According to the scientists, the current study statistic is consistent with previous research conducted on the psychological effects of the 2002 outbreak of SARS -- a related coronavirus that also causes severe respiratory distress.

Based on earlier studies, the researchers said 37 per cent of nurses who worked with SARS patients experienced insomnia.

In the current study, the insomnia group experienced significantly higher levels of depression than the non-insomnia group -- 87.1 per cent versus 31 per cent, especially in moderate and severe cases, they said.

The percentages and differences between the groups was also similar for anxiety and trauma, the researchers noted in the study.

"The most important factor was having very strong uncertainty regarding effective disease control among medical staff," Zhang noted.

This strong uncertainty, the scientists added, was 3.3 times higher for those exhibiting insomnia than not.

The researchers found the risk of insomnia among medical staff with a high school education, or below was 2.69 times higher than those with a doctoral degree.

They speculated that less education may be leading to more outcome-based fear.

The study also noted that the healthcare workers were under incredible stress in general.

Since the workers were in close contact with infected patients who could pass on the disease to them, they were worried about infecting their own family and friends.

The medical staff also had to wear a full array of personal protective equipment (PPE) for more than 12 hours at a time, often without being able to take a break because they risked infection by removing PPE, the study explained.

"Under these dangerous conditions, medical staff become mentally and physically exhausted, and therefore experience an increased risk of insomnia due to high stress," the scientists wrote in the study.

The scientists suggested that health officials screen medical staff based on the risk factors identified in the study.

"A longitudinal study to track the changes of insomnia symptoms is needed among medical staff, especially when the death of medical staff during COVID-19 will be officially announced and updated," Zhang added.