How to deal with Nocturia

If you happen to be waking up twice or more every night to make an urgent trip to the bathroom, then you could be suffering from nocturia. 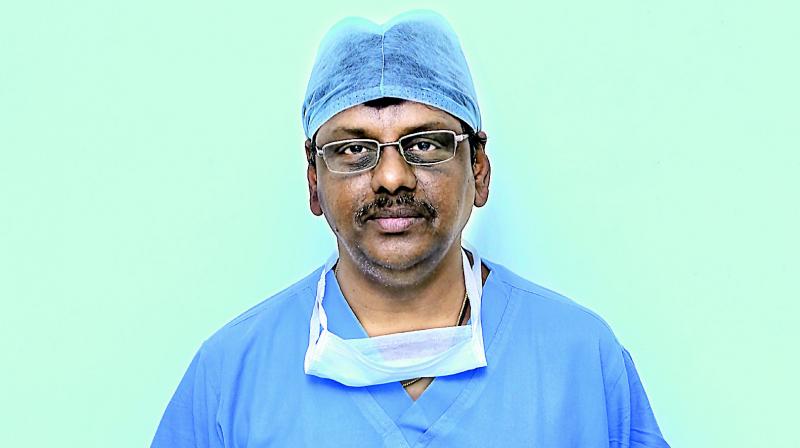 Do have to get up often in the night to relieve? Is this a regular phenomenon? If it is more than five times in the night it is an indication of an underlying condition where the kidney functioning, heart or other diseases are prevalent which may require intervention, explained Dr N. Upendra Kumar, consultant urologist.

Q What is nocturia? At what age is it likely to occur? Is it easy to recognise it and approach the doctor in time for treatment?

Nocturia is defined as the need for an individual to wake up two or more times during the night to urinate. The causes of nocturia are varied and include both urologic and non-urologic conditions which are influenced by the aging process. It may also be an initial presenting symptom in chronic kidney disease (CKD), as well as other systemic diseases such as congestive heart failure (CHF), diabetes mellitus (DM), or sleep disorders.

Although the prevalence of nocturia does increase with age, it would be difficult to conclude that nocturia is a normal part of aging because it is not universally present in all older adults. Most people do not recognise this problem and mistake it for a by-product of aging and therefore, do not seek treatment for nocturia.

Q What are the specific causes of nocturia and how do they differ for different people?

A mismatch between the amounts of urine produced at night and the bladder’s capacity to hold urine while the body is asleep accounts for a common mechanism of nocturia.

In children, it can cause be due to bladder dysfunction (overactive bladder).

In elderly men, it can be an early symptom of benign prostate enlargement while in women, it can be related to estrogen deficiency resulting in an underactive or overactive bladder and can also be caused by interstitial cystitis, diabetic cystopathy or obstructive sleep apnea.

Q How can these reasons be identified? Do they need to undergo a diagnosis test? If so what is it?

Causes of nocturia can be classified into four categories:

Ultrasonography and measurement of PVR can identify patients with CKD, or urinary retention related to bladder outlet obstruction or neurogenic bladder.

If sleep disorders are suspected, a polysomnography should be considered. A frequency-volume chart (F/V chart), a voiding diary recording 24-hour urine volumes voided as well as the time of each micturition, may enable the physician to determine the patient’s functional bladder capacity and confirm the diagnosis of nocturnal polyuria.

Urodynamic studies such as flow rate and cystometric capacity are often helpful, but require an experienced urologists.

Q Are these tests required to be taken by everyone who is suspected to be suffering from nocturia?

No. If the malfunction is caused due to improper lifestyle choices then it can be corrected by behavioural alterations like reducing habitual intake of water, reducing stress, and in the case of obese patients, bringing their weight under control by means of proper exercise. In the elderly, it can be secondary to constipation and can settle if the underlying constipation is corrected.

Q It is said that because women undergo the labour of childbirth and also miscarriages, their bladder tends to become weak and cause these problems. If this is true, then how can it be rectified?

Women usually tend to have either an overactive bladder or an underactive bladder. Labour can cause the pelvic muscles to become weak and this can, in turn, lead to stress urinary leak.

The overactive bladder can be corrected by pelvic floor excercises, reducing the weight, and some drugs which reduced the bladder activity called antimuscarinic drugs.

Q Does medication help all the way?

Initial management includes conservative methods and not medication. The patient is advised to reduce water intake during late hours of the day and avoid caffeinated drinks, alcohol, and sweet drinks. Regular exercise, including pelvic floor exercises, can help a great deal.

In many cases, an increase in fiber intake to reduce constipation can go a long way in the treatment of nocturia.

Medication is administered only if an individual does not respond to any of the aforestated therapies.