Study finds greater religious feeling and engagement is tied to increased risk of suicidal thoughts and actions for LGBQ adults. 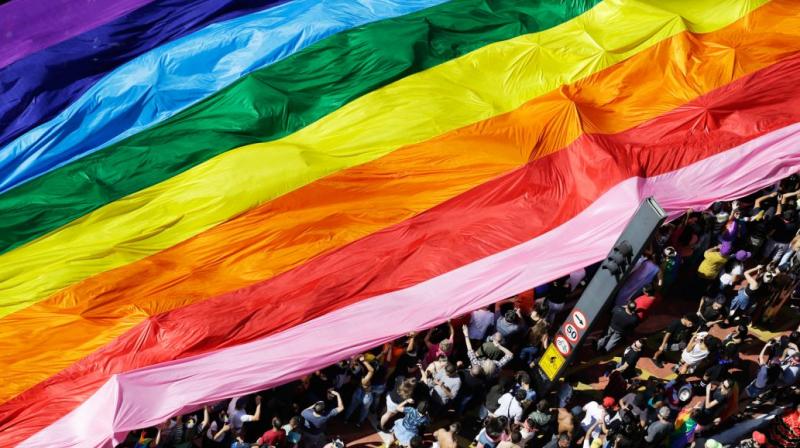 Among lesbians and gays who said religion was not important to them, there was no association between sexual orientation and recent suicide attempts. (Photo: AP)

Although religiosity is generally tied to reduced suicide risk, the opposite may be true for some young lesbian, gay and questioning adults, researchers say.

Based on data from more than 21,000 U.S. college students, researchers found that greater religious feeling and engagement was tied to increased risk of suicidal thoughts and actions for participants who identified as LGBQ.

“Religion has typically been seen as something that would protect somebody from thoughts of suicide or trying to kill themselves, and in our study our evidence suggests that may not be the case for everyone, particularly for those we refer to as sexual minority people,” said one of the study authors, John Blosnich of the Injury Control Research Center at West Virginia University in Morgantown.

Previous research suggests that belonging to a religious faith reduces risky behaviour in young people, such as substance use and unsafe sex, Blosnich noted in a telephone interview. Religiosity has also been linked to a lower risk of suicidal behaviours, but there is some evidence to suggest that the impact of religion may be different for lesbian, gay, bisexual and questioning (LGBQ) individuals.

The study team analyzed survey data from the 2011 University of Texas at Austin’s Research Consortium on 21,247 college-enrolled 18- to 30-year-olds, including 2.3 per cent who reported being lesbian or gay, 3.3 per cent who identified as bisexual and 1.1 per cent who were questioning their sexuality.

Questioning individuals were almost three times as likely to have attempted suicide recently if they reported that religion was very important to them.

“Some sexual minority folks are really at odds. They feel very confused or they feel that they are in conflict with their faith because of who they are. That’s a very scary place to be in,” Blosnich said.

“We are definitely not saying that religion, period, is bad; it’s not,” he added. “There are many sexual minority people who find great strength and great sources of support in their religious communities, but unfortunately we hear many stories about people who do not.”

Faith-based partners in public health suicide prevention and intervention services “should be willing and equipped to assist all people who seek their services, regardless of sexual orientation,” the study authors write.

The study is limited by a lack of detail about whether a participant’s specific religion had stigmatizing views of sexual minorities, the authors note. Because the study population was drawn from an academic setting, it may not represent the general population, they add.

“We want to engage religious and faith-based providers in a way that benefits all people,” Blosnich said. “Faith-based communities are major participants in suicide prevention. We just want to make sure that the services that people provide through faith-based organizations or through community faith partners reach everyone who comes to them for help, regardless of sexual orientation.”