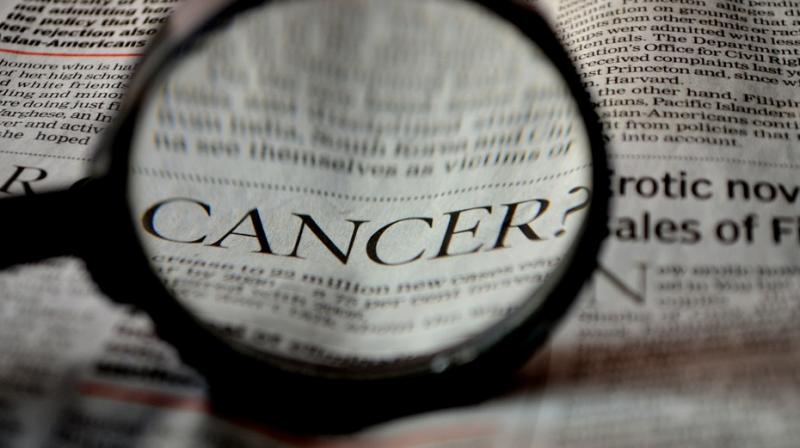 The Associate Professor also added that her team reached a conclusion that by administering an antibody that blocks MR1 to mice stops the MAIT cells from getting activated. (Photo: Representational/Pixabay)

Washington: Researchers from the QIMR Berghofer Medical Research Institute have discovered a potential new cancer immunotherapy target that involves switching off a regulatory cell to stop tumours growing and spreading.

A journal of the American Association for Cancer Research - Cancer Discovery, has published the findings in a study.

Head of QIMR Berghofer's Cancer Immunoregulation and Immunotherapy Laboratory, Associate Professor Michele Teng, said that the study could potentially help in treating such cancer patients for whom no other current immunotherapies have worked out.

"Our work on mice shows for the first time that many tumours display the molecule MR1 on their cell surface, and when it's present, this molecule turns on an important regulatory cell that prevents the body's own immune system from fighting the cancer," said Teng.

"The cancer is effectively creating its own defence mechanism to evade the immune attack and survive. The display of MR1 activates the MAIT cells, which in turn switch off cancer-fighting T and NK cells. While other regulatory cells of the immune system are known to stop T and NK cells from killing tumour cells, this is the first time it's been shown that these regulatory MAIT cells can do this job," Teng said.

The Associate Professor also added that her team reached a conclusion that by administering an antibody that blocks MR1 to mice stops the MAIT cells from getting activated which further helps T and NK cells in responding thus resulting in retardation of cancer growth and eventually stopping it from spreading.

"This work demonstrates that antibodies that block MR1 could in future be effective new immunotherapy. It probably won't work on every cancer, but it looks like it could be effective in treating cancers that can display the MR1 molecule. It also means this display of MR1 could be used to screen which patients would respond to this immunotherapy," Associate Professor Teng said.

"We now need to replicate this research in humans," she added.

The next step towards the establishment of this potential anti-cancer immunotherapy is of understanding the kind of human tumours that display MR1 in their protective mechanism and this will further help in identification of tumours that would respond best to the blocking immunotherapy of MR-1, said the professor.