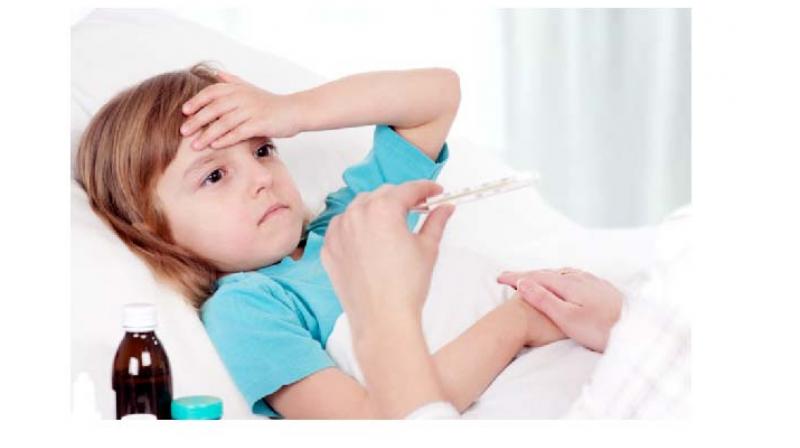 Early breastfeeding practices are not followed, which is also one of the major reasons for lower immunity in children.

Pneumonia is a major cause for concern in children under the age of five, especially as 40 per cent in the age bracket are malnourished. Also, the mortality due to the disease is as high as 16 per cent, primarily because children do not get enough vitamin A in the first two years of life.

Early breastfeeding practices are not followed, which is also one of the major reasons for lower immunity in children. Dr Sanjay Srirampur, senior paediatrician explains that vaccination is the best method to control the disease and the inclusion of the vaccine in the government scheme will hopefully reduce the number of cases in the coming years.

Why is tackling paediatric pneumonia complicated?
The problem of pneumonia is multi-fold as it is caused due to various reasons. The respiratory infection is caused by droplets, which means that the child must have a strong immune system to fight the bacterial and viral infections. Over the years, it has been found to severely affect children who are malnourished or undernourished, those with vitamin A deficiency and those who are not breastfed up to six months.
The recent National Health survey data shows that 46 per cent of mothers are exclusively breastfeeding their children. But a sizeable amount of 54 per cent is not doing the same. Also, those who are feeding in less than one hour of birth are only 23 per cent. There is a wide number which has to be covered and this requires awareness, initiation and implementation, both at the caregivers level and at the clinical level.

Are the pneumonia  patients coming to the clinics on time?
Recent data in India shows that 69.6 per cent of the children are being brought to the healthcare units on time. This shows that at the primary care level, the disease is being identified on time.

Why is the mortality rate increasing year after year and what are the steps being taken to reduce the same?
Pneumonia is of two types — viral and bacterial. Viral pneumonia is self-limiting in nature and comes under control but bacterial pneumonia is a cause for concern as it leads to a lot of complications and also causes multi-organ failures. For this reason, in children under five, it is essential to strengthen the immune system of the child so that the body can fight these diseases.

Is climate change responsible for this disease? What precautions can parents take?
Climate change allows the virus to be in the atmosphere for a longer time or there is movement of different viruses in the air which can lead to cold and flu. When the viral infection activates the bacteria and increases its number in the lungs, then the infection becomes a serious concern. People must follow cough etiquette, opt for balanced foods and also take vaccinations, which are effective in 90 per cent of the cases. This year, with MMR and Pentavalent vaccine being introduced in the government immunisation programme, there is hope that the deaths due to pneumonia will reduce in the next few years.

What steps should be taken to build the right kind of immunity in children?
Vaccines provide lifetime immunity to patients, but it is also important that there is a right intake of balanced foods like vegetables, fruits and lean proteins to protect the body from disease. Processed foods, sugary drinks, beverages and junk food must be avoided.