The boy was moved to the hospital after he lost 15 kg in 7 days due to his addiction to eating wood and plastic. 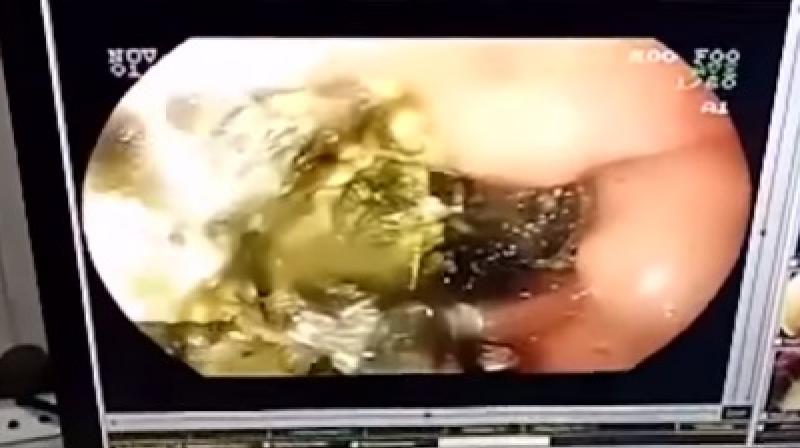 The boy complained of pain over a year back (Photo: YouTube)

Several people across the world are known to be plagued by addictions which can land them in a terrible situation. While children do have certain weird habits, some can prove to be severely damaging and even fatal.

Arjun Sah from Bhatinda in Punjab had an obsession with chewing on bits of plastic and lumps of wood. Doctors were unaware of Arjun’s condition until they inserted a camera in his stomach to find the cause of his pain and were shocked to discover a 1 kg mass of wood and plastic in the 16-year-old’s body.

The problem started with Arjun chewing on rubber and while his parents stopped him, he would start chewing on objects when they weren’t watching. His addiction is described as an eating disorder called pica which causes people to eat sand, talc, stones, paint and dirt.

The doctors were able to remove 300 grams of the material through surgery and Arjun will have to undergo three more operations to extract the rest. While his mother thanked doctors for saving her son’s life, Arjun will require counselling to cure his condition.

Arjun complained of pain over a year back and his suffering became worse as he would face breathlessness and stopped eating. He was eventually rushed to a hospital when he lost 15 kg in just seven days.