A new research states that intensive treatment for high blood pressure is better than standard treatment. 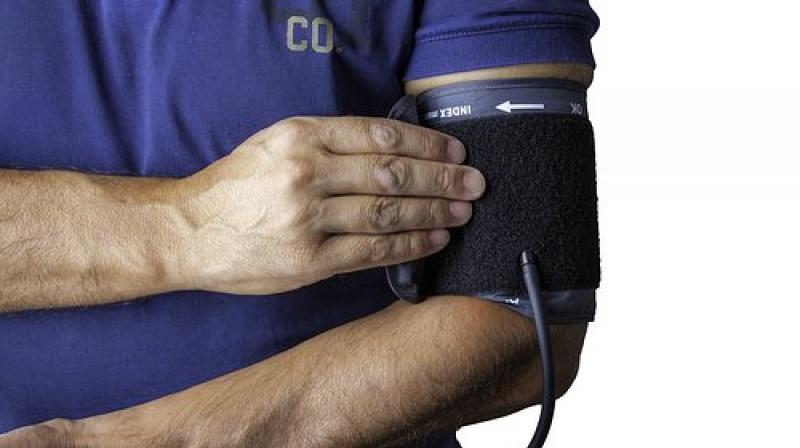 People in their 50s should go for intensive blood pressure management. (Photo: Representational/Pixabay)

Previous studies have shown how midlife hypertension is related to dementia and mild cognitive impairment in later stages of life. People who have high blood pressure in their 50s are more prone to developing white matter lesions as they age.

White matter keeps changing throughout adulthood, unlike grey matter. It’s made up of nerve fibres called axons. What causes it to be white in colour is myelin, a covering around the nerves that protects them. Thinning of this layer is what causes brain disorders like Alzheimer’s and other dementias.

What matter lesions are signs of high water content, ministrokes, and porous blood vessels. A team of experts conducted an intensive study to find the link between intensive blood pressure treatment and “progression of small vessel ischemic disease, as reflected by cerebral white matter lesion volume."

The brain scans of 449 participants were studied by Dr Nick Bryan, PhD, from the Department of Diagnostic Medicine at the University of Texas and his team to arrive at the conclusion that intensive blood pressure control helps in regulating brain disease as people age.

Dr Clinton B Wright, one of the authors of the study said, “Intensive treatment significantly reduced white matter lesion accumulation in people who had a higher chance of experiencing this kind of damage because they had high blood pressure.”

Lenore J Launer, PhD, and another co-author of the study said, "SPRINT MIND has produced promising initial results in the battle against the nation's growing problem with aging brain disorders. Both the brain scans and cognitive tests reinforce the potential benefits that intensive blood pressure management may have on the brain. We hope that these findings will become the foundation for future studies on how to protect the brain throughout a person's life.”