Tattoos may cause toxic impurities to seep inside body

According to research, toxic impurities that make up ink in tattoos can travel inside body in form of nanoparticles and affect lymph nodes. 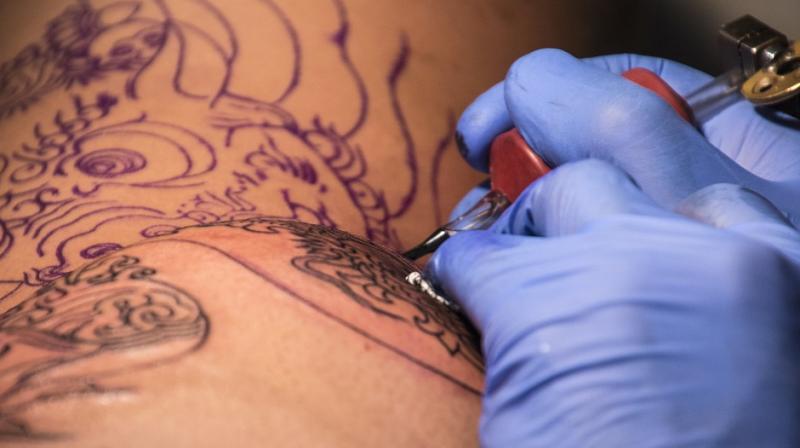 The hazards that potentially derive from tattoos were previously known only by chemical analysis of the inks and their degradation products in vitro. (Photo: Pixabay)

Berlin: Getting a permanent tattoo can cause chronic enlargement of the lymph nodes - an important part of our immune system - a study has warned.

Toxic impurities that make up the ink in tattoos can travel inside the body in the form of nanoparticles and affect the lymph nodes, researchers said.

Little is known about the potential impurities in the colour mixture applied to the skin. Most tattoo inks contain organic pigments, but also include preservatives and contaminants like nickel, chromium, manganese or cobalt.

TiO2 is also commonly used in food additives, sunscreens and paints. Delayed healing, along with skin elevation and itching, are often associated with white tattoos, and by consequence with the use of TiO2.

The hazards that potentially derive from tattoos were previously known only by chemical analysis of the inks and their degradation products in vitro.

Researchers at European Synchrotron Radiation Facility (ESRF) in Germany used X-ray fluorescence measurements on ID21 which allowed them to locate titanium dioxide at the micro and nano range in the skin and the lymphatic environment.

They found a broad range of particles up to several micrometres in size in human skin, but only smaller (nano) particles were transported to the lymph nodes.

This may lead to the chronic enlargement of the lymph node and lifelong exposure, researchers said.

Scientists also used the technique of Fourier transform infrared spectroscopy to assess biomolecular changes in the tissues in the proximity of the tattoo particles.

"What we didn't know is that they do it in a nano form, which implies that they may not have the same behaviour as the particles at a micro level," said Bernhard Hesse, from ESRF

The study was published in the journal Scientific Reports.