Running groups can help you to quit smoking

Physical activity can be a successful smoking-cessation aid, researchers find. 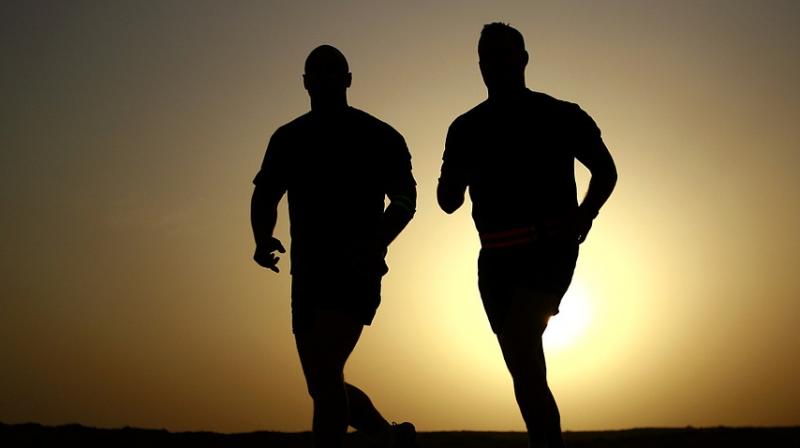 London: Having difficulty in quitting smoking? Try running as it can help you refrain.

As per a recent UCB report, almost half of people who completed a 10-week program involving running were able to successfully quit smoking.

Carly Priebe, postdoctoral fellow in UBC's school of kinesiology said, "This shows that physical activity can be a successful smoking-cessation aid and that a community-based program might offer that. Because doing it on your own is very difficult." In Canada, 178 smokers registered for the 2016 'Run to Quit' program at Running Room stores, and 72 of them stuck it out until the final week, when 37 participants had their claims of quitting verified by carbon-monoxide testing.

The number of successful quitters held up during follow-up interviews six months later. The group that finished the program also included 91 percent who reported reducing their smoking. Participants attend sessions with running instruction, strategies for quitting smoking, outdoor walking or running component that progressed toward a 5km run and the program also access phone counseling via the national quit-smoking line.

Coaches received training from UBC researchers in administering questionnaires. They use a tool called the Smokerlyzer to measure carbon monoxide in participants' breath. Researchers revealed significant improvement in participants' mental health and their average carbon monoxide level also decreased by about one-third during the program. Priebe lead author of the study said, "Even if someone wasn't able to fully quit, reducing their smoking is great."

"But it's also about just being active. Most of our sample was new to running, and if it's something that can become part of their lifestyle then there are health benefits that may counteract some of their smoking behaviour," Priebe added. "In the future what we're really trying to stress to participants is to just keep coming -- even if you don't quit on your first attempt, keep attending the sessions with the group and keep learning," she further said.

The study will be published in the October 2017 issue of Mental Health and Physical Activity.