Waist circumference, a more accurate measure of obesity than BMI, was associated with an 18% greater risk of death from prostate cancer. 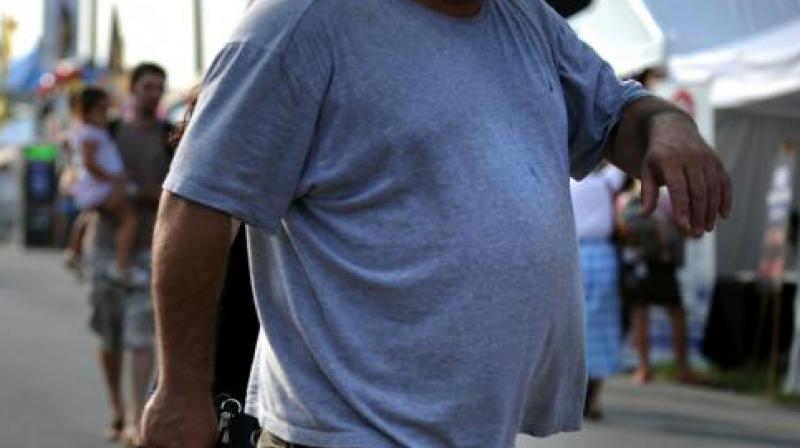 The data illustrate the complex association of adiposity and prostate cancer, which varies by disease aggressiveness (Photo: AFP)

The team led by the University of Oxford, UK found that while height was not associated with overall prostate cancer risk, risk of high grade disease and death from prostate cancer increased by 21% and 17% respectively with every additional ten centimetres (3.9 inches) of height.

Higher BMI was also found to be associated with increased risk of high grade tumours, as well as increased risk of death from prostate cancer. Waist circumference, which is seen as a more accurate measure of obesity than BMI in older adults, was associated with an 18% greater risk of death from prostate cancer and a 13% greater risk of high grade cancer with every ten centimetres (3.9 inches) increase in waist circumference.

Lead author Aurora Perez-Cornago said that the finding of high risk in taller men may provide insights into the mechanisms underlying prostate cancer development, for example related to early nutrition and growth.

"The data illustrate the complex association of adiposity and prostate cancer, which varies by disease aggressiveness. These results emphasize the importance of studying risks for prostate cancer separately by stage and grade of tumor. They may also inform strategies for prevention, but we need to do further work to understand why the differences in risk exist," she added.

The authors caution that in older adults such as the participants in this study, who were on average 52 years or older, BMI as a measure of overweight and obesity may be less sensitive than in younger cohorts. This may have led to an underestimate of the prevalence of obesity. Nonetheless, waist circumference, which is seen as a more accurate measure of obesity than BMI in older adults, was associated with a greater risk of prostate cancer death and high grade disease.

Further work is needed to understand whether the higher risk of aggressive prostate cancer in men with obesity is due to an increased risk of developing aggressive forms of the disease or to differences in prostate cancer detection.

The study is published in the open access journal BMC Medicine.