The girl is addicted to eating her own hair and her parents got worried when her weight decreased drastically. 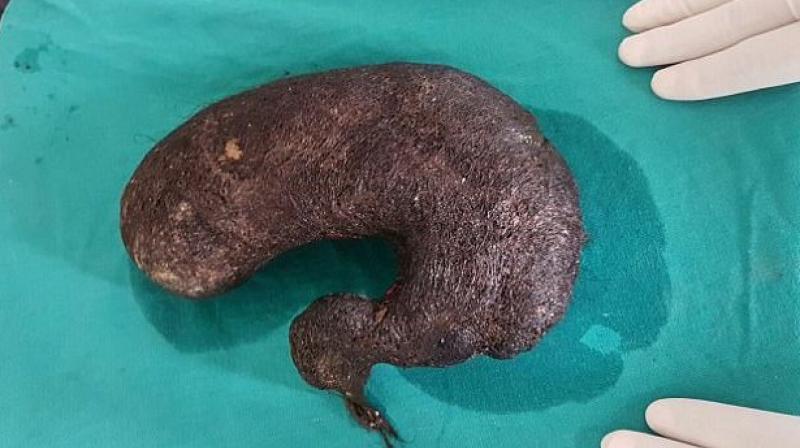 The girl was diagnosed with Rapunzel syndrome (Photo: YouTube)

As children we all have had weird habits that we held on to for quite some time despite our parents strongly advising against them. Most recently a boy’s plight may have alarmed many who bite their fingernails after his mother had to pull out nails from his gums.

In a similar shocking incident doctors in Dehradun surgically removed a hairball as big as a melon from the stomach of a girl. 16-year-old Aakansha Kumari has an addiction with eating her own hair and had been swallowing locks for the past several years.

Her parents got worried when her weight fell drastically since the hair in her system left her unable to eat as she kept vomiting. The mass of hair had apparently occupied 80 percent space in her stomach and was causing serious problems.

The doctors were astonished when they pulled out the lump of entangled hair that was revealed through X-ray. The girl was diagnosed with something called ‘Rapunzel syndrome’, named after the fairytale character known for her long locks.

It is caused by trichotillomania which is an irresistible desire to pull out one’s own hair and trichophagia which causes people to eat hair. The lump was removed in one go and the girl is doing much better after removal of the ball that made her lose interest in eating at all.