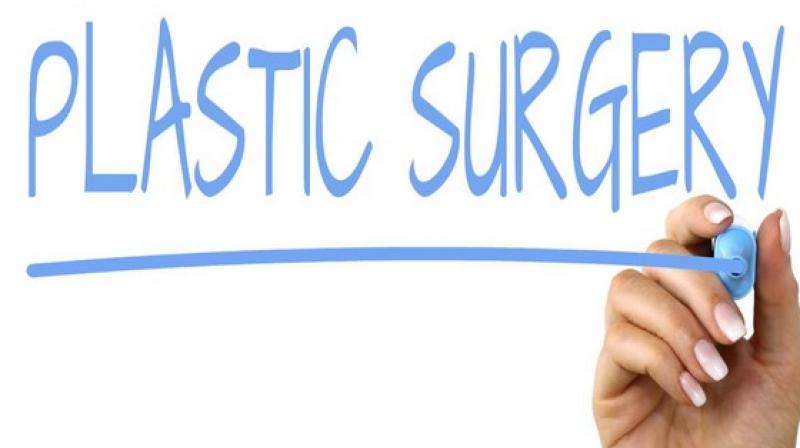 Men are embracing the idea of surgery more than before. (Photo: ANI)

Washington: A recent study claims that more men go through plastic surgery to boost their confidence and improve physical appearance, in comparison to women.

More than 1.3 million cosmetic procedures were performed on men last year alone, representing a 29 per cent increase since 2000, reported a recent study of American Society of Plastic Surgeons.

Plastic surgery for men consists of surgical and non-surgical body contouring and facial procedures that are typically performed in a single surgery. Due to this rising trend, plastic surgery is becoming a common Father's Day request as more men consider a surgical assist to enhance their physique and fend off the dad bod for a while longer.

"Obviously, men don't go through the same physical changes that women experience during pregnancy and post-pregnancy, but their lifestyle does change, which can impact their appearance. Diet and exercise patterns fluctuate, and they don't sleep as much. Men notice their body changes due to ageing and parenting, and it starts to look completely different in their 30s and 40s. That is the point of a Daddy-Do-Over," said, one of the researchers, Alan Matarasso.

After struggling to lose stubborn fat around his midsection, 57-year-old Scott, a restaurateur, pursued plastic surgery when diet and exercise couldn't help him reach his goals.

"I realised I was never going to lose the weight on my own. Plastic surgery is a personal decision, but I know guys my age who have done different cosmetic procedures. I think an open dialogue about plastic surgery is becoming more acceptable, especially for men," he said.

With more than 200,000 surgical procedures performed on men in 2018, rhinoplasty was the most popular with more than 52,000 procedures. Eyelid surgery ranked second, followed by liposuction (up 5 per cent).

Dr Matarasso said he finds more men are seeking plastic surgery to help them professionally as well as they feel more confident about advancing in their careers and competing in the workplace after surgery.

Despite his lean physique, Dennis, 59, a creative director, also found it challenging to lose weight in specific areas. With a desire for a natural outcome, he underwent chin surgery and buccal fat removal surgery, as well as an eye lift to achieve a more youthful, toned appearance.

"I've been in fashion my entire career, and it makes me feel good when I walk in the room and I don't feel as if I look 60 in a room of 25- to-30-year-olds. I always carried weight in my neck and chin, and my droopy eyelids made me look more tired than I actually was. I've gained unexpected confidence from the small changes I took," said Dennis.

Nearly half a million Botox procedures were performed on men last year, and more than 100,000 men had filler injections to reduce the signs of ageing. Dr Matarasso says male patients today embrace nonsurgical and minimally-invasive procedures to the same degree as female patients.

"Men are embracing the idea of surgery more than before. Regardless of the reason though, I always stress the importance of consulting with a member of the American Society of Plastic Surgeons. Our unique training and qualifications allow us to perform cosmetic procedures of all types. We are committed to providing plastic surgery patients with the safest outcomes, and we want them to have peace of mind as we help them achieve their aesthetic goals," he added.