Hospitalising children: To do or not to do

Highly resistant A. baumannii infections are increasingly being reported worldwide. 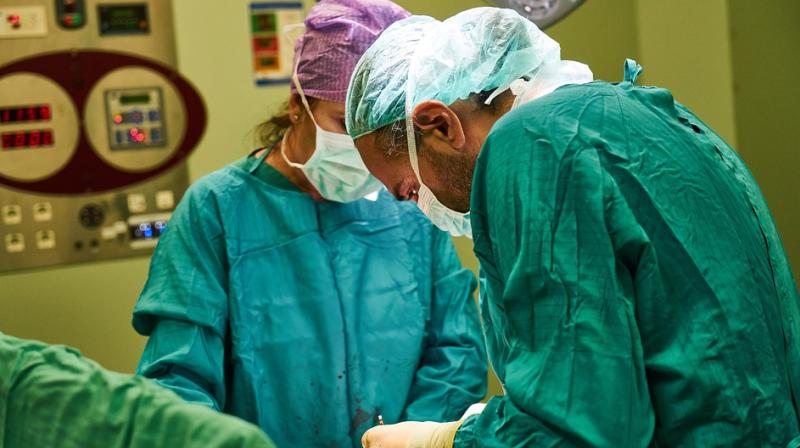 Acinetobacter are bacteria known to cause serious infections and notoriously difficult to treat because of growing antibiotic resistance.(Photo: Pixabay)

Recent times are seeing an increase in hospital-acquired infections among children, a new research has claimed.

According to the study conducted by the Rush University Medical Center, antibiotic-resistant infections, named Acinetobacter baumannii, are one of the most common hospital-acquired infections in children across the United States and are on a rapid rise.

"Acinetobacter are bacteria known to cause serious infections and notoriously difficult to treat because of growing antibiotic resistance. The bacteria survive for long periods in the environment," said study primary author Latania Logan.

The research examined national and regional trends of antibiotic resistance in clinical specimens over a 13-year period.

Because A. baumannii is an infection caused by bacteria that take advantage of patients with compromised immune systems, children with a chronic condition are at a higher risk of infections of the lung, urinary tract, or other sites after surgery, intubation, trauma, or catheterisation.

The amount of A. baumannii samples in infected children that were resistant to the antibiotics cephalosporin and carbapenem increased between 1999 and 2012 overall.

However, the authors of the study noted a slight decline after a peak in 2008.

"While we are encouraged by the slight downtrend in resistance after 2008, there is still an overall increase in these infections. Further studies are needed to assess the most effective prevention strategies in children," Logan said.

A. baumannii has numerous ways that protect it from antibiotics. The bacteria are able to protect themselves by using genetic adaptations that support survival in dry, harsh environments, and additionally have in place several mechanisms to render antibiotics ineffective. In this situation, 'a perfect storm' results, Logan said.

As a result, highly resistant A. baumannii infections are increasingly being reported worldwide.

"It is encouraging to see the downtrend after 2008, but we need to continue to monitor," said the study co-author Sumanth Gandra.

The study appears in the Journal of the Pediatric Infectious Diseases Society.