People who ate more processed and red meat were 47 per cent more likely to have liver disease. 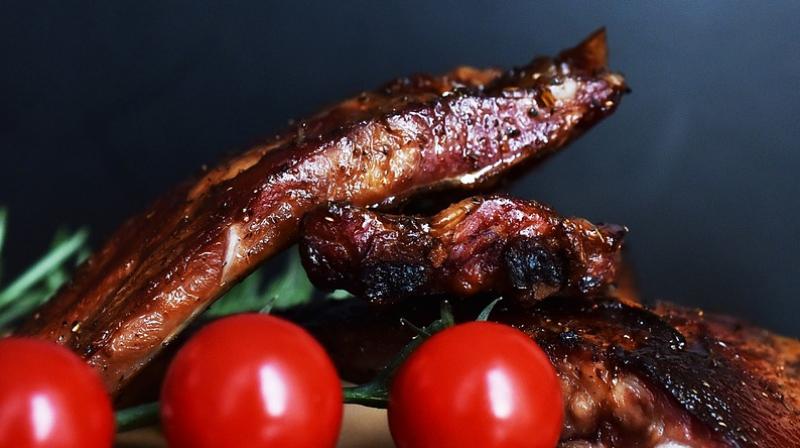 Cooking meat at high temperatures for longer periods of time until it’s “well done” was also associated with a higher risk of liver disease. (Photo: Pixabay)

People who eat lots of processed and red meat are at increased risk of developing chronic liver disease and insulin resistance, a diabetes risk factor - especially if they like their steak well done, an Israeli study suggests.

Researchers focused on what’s known as non-alcoholic fatty liver disease, which is associated with obesity and certain eating habits. While red and processed meat has long been linked to an increased risk of diabetes, certain cancers and heart disease, evidence to date has been mixed about its connection to liver disease.

The study team examined data on 789 adults who completed questionnaires about their eating and cooking habits and also underwent liver ultrasound scans as well as lab tests for insulin resistance.

Overall, 39 per cent of the participants were found to have non-alcoholic fatty liver disease (NAFLD) and 31 per cent had insulin resistance, which happens when the body is less effective at using the hormone insulin to convert sugars in the blood into energy for cells.

Both NAFLD and insulin resistance are among the suite of symptoms and traits that make up so-called metabolic syndrome, which raises risk for both heart disease and diabetes, the authors note.

“Evidence is mounting with regard to the harmful effect of over-consumption of red and processed meat,” said lead study author Shira Zelber-Sagi, a nutrition researcher at the University of Haifa.

Cooking meat at high temperatures for longer periods of time until it’s “well done” was also associated with a higher risk of liver disease and insulin resistance than eating meat more “rare” or cooked more briefly, the study also found.

“In order to prevent insulin resistance and NAFLD, (people should consider) choosing fish, turkey or chicken as an animal protein source,” she said in an email. “In addition, steaming or boiling food (is better than) grilling or frying meat at a high temperature until it is very well done.”

The study participants were 59 years old on average and typically were overweight. About 15 per cent had diabetes.

High consumption of red and processed meat was associated independently with liver disease and with insulin resistance regardless of saturated fat and cholesterol intake and other risk factors such as obesity, exercise, smoking and alcohol consumption.

The study wasn’t a controlled experiment designed to prove whether or how red or processed meat might directly cause liver damage or insulin resistance.

Researchers also relied on participants to accurately recall and report how much meat they ate and how it was prepared, which might not always be an accurate picture of their eating habits.

Still, the results add to a large and growing body of evidence suggesting that people should limit how much red and processed meat they eat, said Dr. Jeffrey Schwimmer, a researcher at the University of California, San Diego, and director of the Fatty Liver Clinic at Rady Children’s Hospital.

“Dietary recommendations are too complicated to develop from any one study,” Schwimmer, who wasn’t involved in the current research, said by email.

“However, there is not a need for red meat, so one could choose to avoid it all together,” Schwimmer said. “Based upon this and other studies, for those that do eat meat, it would be reasonable to limit red meat to once a week and to limit processed meat to occasional use only.”