High blood pressure is a chronic illness that requires a lifetime commitment to medication and lifestyle modification. 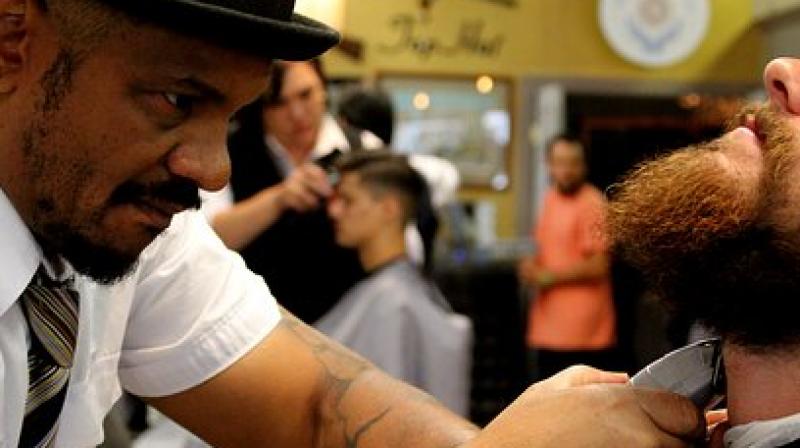 When a trained pharmacist met men regularly at their local Los Angeles barbershop, clients were able to lower their blood pressure. (Photo: Pixabay)

Black barbershops are known as places to gather, socialise and get a haircut. But a study Monday said they can also help encourage men to get their high blood pressure under control.

When a trained pharmacist met men regularly at their local Los Angeles barbershop, clients were able to significantly lower their blood pressure, said the findings released at the American College of Cardiology conference in Orlando, Florida.

If employed on a broad scale, the approach could make major inroads in treating African-American men, a population that is more likely than other races to have high blood pressure --- a leading risk factor for heart disease and stroke -- and less likely to be in a doctor's care, researchers said.

"By bringing state-of-the-art medicine directly to the people who need it on their home turf, in this case in a barbershop, and making it both convenient and rigorous, blood pressure can be controlled just as well in African-American men as in other groups," said lead author Ronald Victor, associate director of the Smidt Heart Institute at Cedars-Sinai Medical Center.

"If this model was scaled up and sustained, millions of lives could be saved, and many heart attacks and strokes could be prevented."

For the study, 319 men were recruited at 52 Los Angeles County barbershops.

All the men had high blood pressure, defined as a systolic blood pressure over 140 mm Hg based on multiple measurements taken on two different days.

Their ages ranged from 35 to 71. They tended to be long-time regulars at their barbershops and went about twice a month for a haircut.

Some men were randomly assigned to meet with a trained pharmacist at each barbershop visit. The rest were given advice and encouragement on healthy lifestyle choices from their barber, who urged them to see a doctor for follow up.

Those who met with the pharmacist monthly in their barbershop lowered their systolic blood pressure by 21 mm Hg more, on average, compared with the other men, said the report published in the New England Journal of Medicine.

"On average, men who interacted only with their barber and were referred to their own doctor saw their systolic blood pressure drop from 155 mm Hg at the start of the study to 145 mm Hg after six months," said the report.

"By contrast, men who interacted with their barber and a pharmacist saw their systolic blood pressure drop from 153 mm Hg at the start of the study to 126 mm Hg after six months."

Previous studies have shown that barbers who give health advice could encourage better lifestyle choices.

"High blood pressure is a chronic illness that requires a lifetime commitment to medication and lifestyle modification," Victor said.

"It is often a challenge to get people who need blood pressure medication to take them, even as the costs and side effects have gone down over the years. With this program, we have been able to overcome that barrier."