Malaria depends on number of parasites, not bites: study

Some mosquitoes can be 'hyperinfected', making them particularly likely to pass on the disease 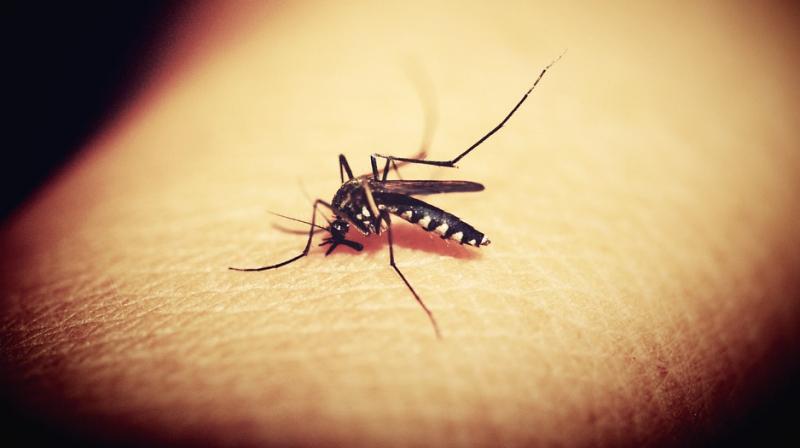 The mosquitoes may carry a large number of parasites in their saliva which when they get deposited depends on how fast they spread. (Photo: Pixabay)

London: For the first time, scientists have found that the number of parasites each mosquito carries, rather than the number of bites, determines the chance of successful malaria infection, an advance that may help develop effective vaccines for the deadly infection.

The findings, from scientists at Imperial College London, may also explain why the only registered malaria vaccine, RTS,S, has had only partial efficacy in recent trials. Malaria is spread when mosquitoes bite humans and release microscopic parasites, which live in the salivary glands of the mosquitoes, into the person's bloodstream.The parasites then travel to the liver, where they mature and multiply for 8-30 days before spreading throughout the
bloodstream and causing the symptoms of malaria.

To determine the intensity of malaria transmission, researchers and international organisations like the World Health Organisation currently rely on a measure called the entomological inoculation rate (EIR): the average number of potentially infectious mosquito bites per person per year. However, this does not take into account how infectious each of those bites may be - each bite is considered equally infectious. Now, researchers have determined that the number of parasites each individual mosquito carries influences whether
a person will develop malaria. Some mosquitoes can be 'hyperinfected', making them particularly likely to pass on the disease.

In studies in mice, the researchers determined that the more parasites present in a mosquito's salivary glands, the more likely it was to be infectious, and also the faster any
infection would develop. "These findings could have significant implications for public health. We have shown that the concept of relying on the number of bites alone to predict malarial burden is flawed, and has probably hampered the successful use of control measures and the development of effective vaccines," said Andrew Blagborough, from the Department of Life Sciences at Imperial.

"It is surprising that the relationship between parasite density and infectiousness has not been properly investigated before, but the studies are quite complex to carry out," said
Blagborough. By conducting further studies with mice and human volunteers, the team was also able to explain why the malaria vaccine RTS,S is effective only around 50 per cent of the time, and why any protection rapidly drops off after three years.

"Vaccine development has come a long way, and this new insight should help future vaccine studies to be tested more rigorously," said Thomas Churcher, from the MRC Centre for
Outbreak Analysis and Modelling at Imperial. The study was published in the journal PLoS Pathogens.