Breakthrough: Scientists engineer virus to kill all types of cancer

This cowpox-style virus is would be injected directly to the tumour, causing it to explode. 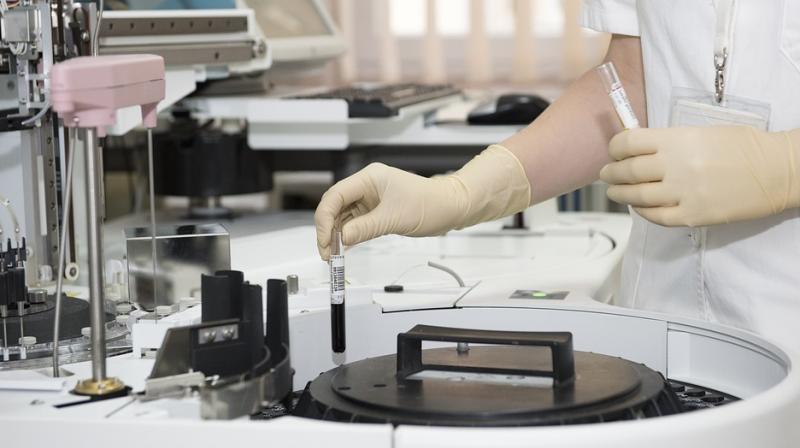 One of the main concerns was that the virus is too toxic and could kill the human along with the cancer cell. (Photo: Representational/Pixabay)

Scientists, through a breakthrough invention, created a new kind of virus that can cure several types of cancer. This is a cowpox-style of virus and was tested against all types of cancers in a petri dish.

It not only killed all the cancers, but it also shrunk tumours in mice as well. The treatment, called CF33, is being developed by an Australian biotech company called Imugene. The company hopes to test the cure on breast cancer patients by next year.

Professor Yuman Fong, a US cancer specialist is heading the clinical trials in Australia. The ‘basket study’ would comprise of patients with melanoma, bladder, gastric and bowel cancer, lung cancer and triple negative breast cancer.

When a medicine or drug tests positive with mice, it doesn’t necessarily translate to a successful effect on humans but Professor Fong is positive. In the recent past, the virus, responsible for the common cold was used to cure brain cancer by scientists in the US.

This was successful to an extent. Patients reported that their cancer disappeared for a few years before it came back whereas others saw the tumours shrink considerably.

Similarly, another virus called Imlygic or T-Vec was used to treat melanoma. It was derived from a sold sore virus. The virus helped the body’s immune system indentify the cancerous cells and destroy them.

“There was evidence that viruses could kill cancer from the early 1900s when people vaccinated against rabies had their cancer disappear, they went into remission,” Professor Fong said to The Daily Mail. But one of the main concerns was that the virus is too toxic and could kill the human along with the cancer cell.

Professor Fong said that cowpox was successfully used to kill smallpox without hurting the human, so he feels it would be a feasible cure for cancer cells now.

The cowpox virus would be mixed with other viruses and be injected directly into the tumours to kill it. It is expected that the engineered virus would infect the cancerous cell and cause it to explode. After which, the body’s immune system will be alerted about other cancer cells after which it would prompt a response to kill them as well.