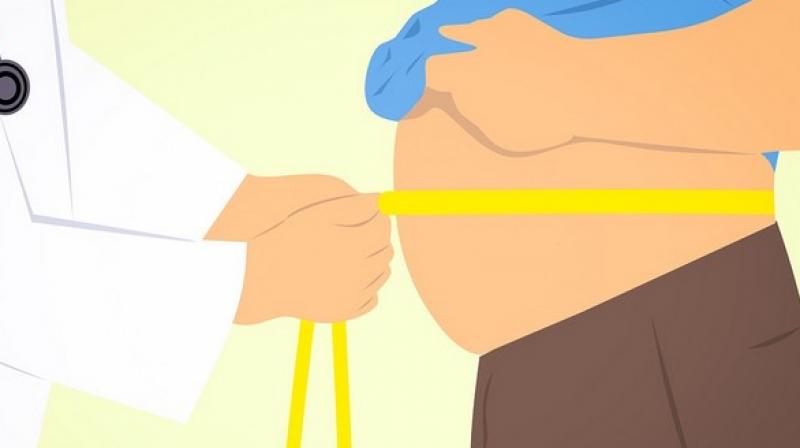 Bariatric surgery used to be seen as an aesthetic procedure undergone by only a minority of the eligible population. (Photo: ANI)

Washington: A new study suggests that obese patients who undergo weight-reduction surgery live longer and are less likely to experience a clot-caused stroke than those who do not.

"Obesity is associated with a number of risk factors for heart disease and we know that bariatric surgery, which alters the digestive system to induce weight loss - can help reduce these risk factors and improve their control. In this study, we examined if bariatric surgery helps reduce stroke risk," said Maddalena Ardissino, co-lead author of the study and academic foundation doctor at the Imperial College London in the United Kingdom.

The results of the study were published in the journal AHA Scientific Sessions 2019.

In the largest and longest study of bariatric surgery to-date, researchers analysed the health care records of more than 4,200 patients in the United Kingdom who had bariatric surgery and compared them to an equal number of people who did not have bariatric surgery, matched by age, gender, and weight-for-height.

At the time of the surgery, none of the participants had previously had a stroke.

The records were part of the Clinical Practice Research Datalink, a large ongoing initiative that contains anonymously coded primary and some secondary health care data on more than 7 per cent of all patients in the country.

During an average follow-up of 11 years and after adjusting for all major risk factors and medication use, researchers found:

73 of the participants had a brain bleed, clot-caused stroke or mini-stroke; 229 patients died from any cause; Those who received bariatric surgery were 69 per cent less likely to experience a clot-caused stroke; Rates of brain bleeds were not reduced by weight loss surgery; and

Those who underwent bariatric surgery were 68 per cent less likely to die during the follow-up period than those who did not have surgery.

"These findings call for increased awareness and implementation of bariatric surgery as a treatment step for obese patients who are unable to achieve adequate weight loss through lifestyle and medication therapy," said Ardissino. "Currently, only a small fraction of people with obesity receive bariatric surgery."

A shift in the perception of bariatric surgery is needed. Bariatric surgery used to be seen as an aesthetic procedure undergone by only a minority of the eligible population. Considering the quickly emerging evidence on its long-term benefits, the surgery must be viewed as a potentially death-preventing and standard-of-care procedure that should be discussed with all eligible patients, Ardissino concluded.

This study can only show an association and cannot prove cause-and-effect. Although the data was from the United Kingdom, researchers say the results should apply to other western countries with similar populations.