Omega-6 polyunsaturated fats are found in foods such as soybean and sunflower oils and nuts. 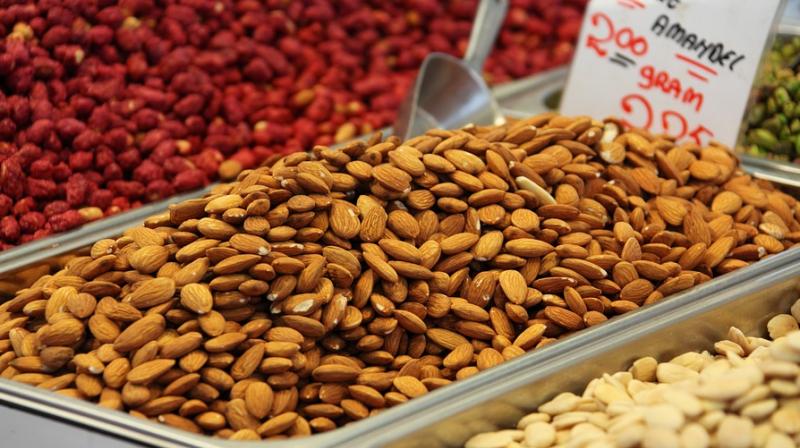 Omega-6 polyunsaturated fats are found in foods such as soybean and sunflower oils and nuts. (Photo: Pixabay)

Eating a diet rich in omega-6 polyunsaturated fats - found in foods such as soybean and sunflower oils and nuts - may significantly reduce the risk of developing type 2 diabetes, a study claims.

"Our findings suggest that a simple change in diet might protect people from developing type 2 diabetes which has reached alarming levels around the world," said Jason Wu, of The George Institute for Global Health in Australia.

"This is striking evidence," said Professor Dariush Mozaffarian, from Tufts University in the US.

"The people involved in the study were generally healthy and were not given specific guidance on what to eat. Yet those who had the highest levels of blood omega-6 markers had a much lower chance of developing type 2 diabetes," said Mozaffarian.

Recent studies have raised concerns that omega-6, which is found in bean and seed oils such as soybean and sunflower oils and in nuts, may have negative health effects, such as inflammation leading to the increased risk of chronic diseases.

The study published in The Lancet Diabetes and Endocrinology journal explored these concerns in studies from around the world.

The researchers found that individuals who had the highest blood level of linoleic acid, the major omega-6 fat, were 35 per cent less likely to develop type 2 diabetes in the future than those who had the least amount.

They analysed data from 20 studies involving 39,740 adults from 10 countries, in whom 4,347 new cases of diabetes occurred over time.

These included adults with a wide range of ages and without any diagnosis of type 2 diabetes at the onset of the studies, when they were laboratory tested for levels of two key omega-6 markers - linoleic acid and arachidonic acid.

"Some scientists have theorised that omega-6 is harmful to health," said Wu, lead author of the study.

"But based on this large global study, we have demonstrated little evidence for harms, and indeed found that the major omega-6 fat is linked to lower risk of type 2 diabetes," Wu said.

Linoleic acid is not formed in the body and can only be obtained from the diet. US dietary guidelines recommend between 5-10 per cent of energy should be derived from polyunsaturated fats.

"Based on concerns for harm, some countries recommend even lower intakes. Our results suggest that eating foods rich in linoleic acid may lower risk of type 2 diabetes," said Wu.