Young people with opioid addiction not getting proper treatment

The medications prevent overdose by attaching to the same receptors as do powerful opioids, such as heroin. 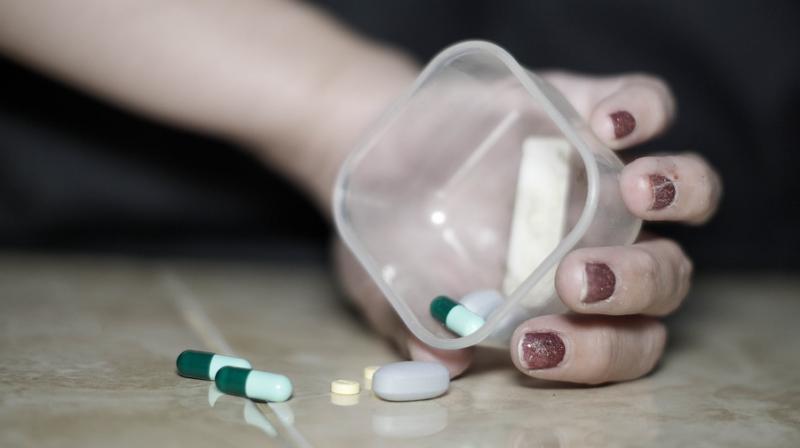 The vast majority of young people struggling with addiction to opioids are not receiving medications that have been recommended to treat their disease, a new study shows.

Only one in four received one of the medications approved by the U.S. Food and Drug Administration - methadone, buprenorphine or naltrexone - within three months of their diagnosis, according to the report in JAMA Pediatrics.

“This study shows that the great majority of youth are not receiving treatment recommended in evidence-based guidelines,” said the study’s lead author, Dr. Scott Hadland, a pediatrician and addiction specialist at the Grayken Center for Addiction at the Boston Medical Center. “That’s really concerning because the data suggest that when people do receive medication they are much more likely to remain in treatment.”

Remaining in treatment can be the difference between life and death, Hadland said.

The three guideline-recommended medications help by reducing cravings and withdrawal symptoms, Hadland explained. “That allows people to really focus on recovery,” he added. “An additional benefit is that people are less likely to overdose because of the pharmacological properties of these medications.”

The medications prevent overdose by attaching to the same receptors as do powerful opioids, such as heroin.

While some people will need to take the medications indefinitely, just as people with high blood pressure need to, that may not be the case in young people, Hadland said.

“They often don’t want to be on a medication for the rest of their lives,” Hadland said. “Many go on a medication for a period of one to several years and ultimately make the decision to come off the medication. We do that in a very patient-centered way, where we help keep them safe.”

And they’ve got a better chance, Hadland said. That’s because they haven’t been using for decades, like some of the older people dealing with addiction.

The results of those tiny numbers are clear. Among youth who got no medication, half had dropped out of treatment after 67 days. By comparison, half of young people remained in treatment for more than 123 days with buprenorphine, more than 150 days with naltrexone and more than 324 days with methadone.

“The medication provides pharmacological support to help them stop using or to at least reduce substance use,” Hadland said. “It also provides them with confidence knowing that they are getting the best treatments available.”

Unfortunately, Hadland said, many treatment programs don’t offer medications. “And not only do they not offer evidence based treatment, but also, if someone comes in taking one of these medications, they will deny entrance or insist on discontinuation,” he said.

Hadland suspects that while several barriers might be keeping treatment programs from offering medicine, such as the need to get training and DEA certification for one of the drug, the biggest factor is probably stigma.

Dr. Jody Glance agrees. In no other area of medicine would proven effective treatment not be implemented, said Glance, an assistant professor of psychiatry and medical director of Addiction Medicine Services at the University of Pittsburgh Medical Center.

The new study “spotlights the backwards state of affairs in addiction treatment,” said Glance, who is not affiliated with the new research. “There’s a real harm occurring by not offering these medications.”

Glance is hopeful, however, because medical school students and doctors in residency are showing more interest in learning about addiction treatments. “I do see the tide turning,” she said.

Perhaps not quickly enough for many of those struggling with addiction. “Time is of the essence,” Hadland said. “People are dying.”