Too much of sitting may cause early death

According to research, people may be less likely to die young if they break up sedentary time by moving around every half hour. 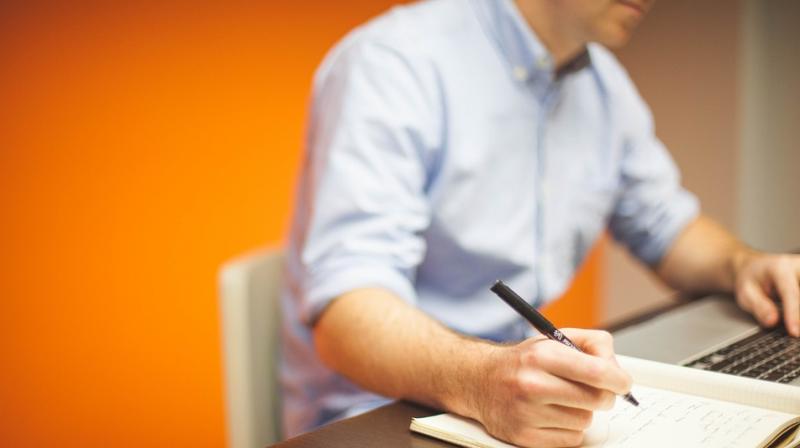 The lack of activity in our muscles affects our ability to metabolize our sugars efficiently, leading to illness (Photo: Pixabay)

Adults who are inactive much of the day may be more likely to die prematurely than people who don’t sit around a lot, regardless of their exercise habits, a US study suggests.

People may also be less likely to die young if they break up sedentary time by moving around every half hour than if they remain seated for longer stretches of time without getting up, the study also suggests.

“We think these findings suggest that it is simply not enough to be active or move at just one specific time of the day, that is, exercise,” said lead study author Keith Diaz of the Center for Behavioral Cardiovascular Health at Columbia University Medical Center in New York.

“We need to be mindful of moving frequently throughout the day in addition to exercising,” Diaz said.

While previous research has linked excessive sedentary time to an increased risk of death, many of these studies relied on people to accurately recall and report how much they moved around and might not have painted a clear picture of the relationship between mortality and inactivity.

For the current study, researchers examined data on 7,985 adults, age 45 and older, who were asked to wear accelerometers to measure activity levels for one week.

Overall, sedentary behavior accounted for 77 percent of participants’ waking hours, or about 12 hours a day, researchers report in the Annals of Internal Medicine.

On averages, bouts of sedentary time were about 11 minutes long, and more than half of the time people spent sitting and standing happened in bouts of less than 30 minutes, the study found.

About 14 percent of the people in the study typically had stretches of sedentary time lasting at least 90 minutes, however.

During the study, 340 people died after an average follow-up of four years.

Researchers sorted participants into four groups from the least sedentary people, who spent only about 11 hours total sitting and standing in a typical day, to the most sedentary people who were inactive for more than 13 hours a day.

They also sorted participants into four groups based on how long typical bouts of sedentary time lasted before people took movement breaks, ranging from less than 7.7 minutes to at least 12.4 minutes.

One limitation of the study, however, is that the accelerometers couldn’t distinguish between sedentary time from sitting versus inactive periods when people were standing, the authors note.

The study also wasn’t a controlled experiment designed to prove how or whether sedentary time directly causes premature death.

“The lack of activity in our muscles affects our ability to metabolize our sugars efficiently,” Alter, author of an accompanying editorial, said by email. “Over time, our body accumulates excess fat, which can lead to obesity, diabetes, heart disease, cancer and death.”

One thing that might help, however, is a stopwatch, because it could remind people to get up and move around often throughout the day and avoid long stretches of sedentary time, Alter said.

Even though standing desks have become increasingly popular as a possible fix to the problems caused by sedentary time, it’s not clear if they help people live longer.

“Anything that will facilitate movement would be better: treadmill desks, under desk steppers or cycles, or just plain old fashioned walking breaks that can be pretty easily implemented in an office setting,” Diaz said.