Find out how cannabis affects sleep

According to an expert, while the drug can help users doze off, prolonged usage may make them struggle to rest without it. 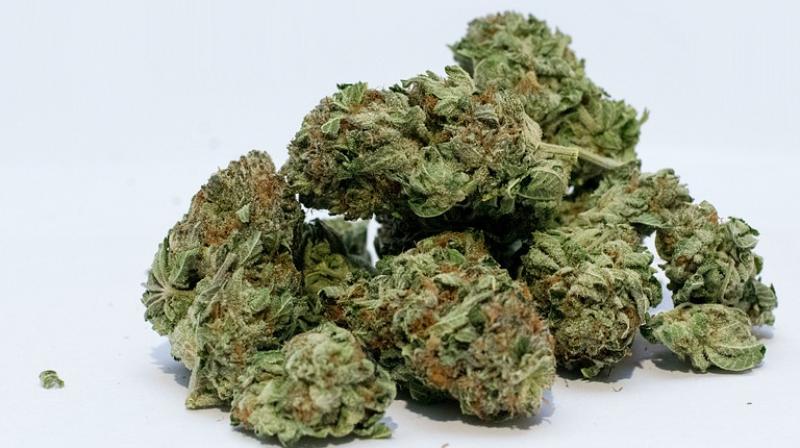 This research suggests that, while motivation to use cannabis for sleep is high, and might initially be beneficial to sleep, these improvements might wane with chronic use over time. (Photo: Pixabay)

If you speak to someone who has suffered from insomnia at all as an adult, chances are good that person has either tried using marijuana, or cannabis, for sleep or has thought about it.

This is reflected in the many variations of cannabinoid or cannabis-based medicines available to improve sleep – like Nabilone, Dronabinol and Marinol.

It's also a common reason why many cannabis users seek medical marijuana cards.

I am a sleep psychologist who has treated hundreds of patients with insomnia, and it seems to me the success of cannabis as a sleep aid is highly individual.

What makes cannabis effective for one person's sleep and not another's?

While there are still many questions to be answered, existing research suggests that the effects of cannabis on sleep may depend on many factors, including individual differences, cannabis concentrations and frequency of use.

Access to cannabis is increasing. As of last November, 28 US states and the District of Columbia had legalized cannabis for medicinal purposes.

Research on the effects of cannabis on sleep in humans has largely been compiled of somewhat inconsistent studies conducted in the 1970s.

Researchers seeking to learn how cannabis affects the sleeping brain have studied volunteers in the sleep laboratory and measured sleep stages and sleep continuity.

Some studies showed that users' ability to fall and stay asleep improved.

A small number of subjects also had a slight increase in slow wave sleep, the deepest stage of sleep.

However, once nightly cannabis use stops, sleep clearly worsens across the withdrawal period.

Over the past decade, research has focused more on the use of cannabis for medical purposes. Individuals with insomnia tend to use medical cannabis for sleep at a high rate.

Up to 65 percent of former cannabis users identified poor sleep as a reason for relapsing. Use for sleep is particularly common in individuals with PTSD and pain.

This research suggests that, while motivation to use cannabis for sleep is high, and might initially be beneficial to sleep, these improvements might wane with chronic use over time.

We were interested in how sleep quality differs between daily cannabis users, occasional users who smoked at least once in the last month and people who don't smoke at all.

Throughout the study, subjects used cannabis as they typically would.

Our results show that the frequency of use seems to be an important factor as it relates to the effects on sleep.

Meanwhile, only 10 percent of occasional users had insomnia complaints. There were no differences in sleep complaints between nonusers and non-daily users.

Interestingly, when controlling for the presence of anxiety and depression, the differences disappeared.

This suggests that cannabis's effect on sleep may differ depending on whether you have depression or anxiety.

Cannabis is still a schedule I substance, meaning that the government does not consider cannabis to be medically therapeutic due to lack of research to support its benefits.

This creates a barrier to research, as only one university in the country, University of Mississippi, is permitted by the National Institute of Drug Abuse to grow marijuana for research.

New areas for exploration in the field of cannabis research might examine how various cannabis subspecies influence sleep and how this may differ between individuals.

One research group has been exploring cannabis types or cannabinoid concentrations that are preferable depending on one's sleep disturbance. For example, one strain might relieve insomnia, while another can affect nightmares.

Other studies suggest that medical cannabis users with insomnia tend to prefer higher concentrations of cannabidiol, a nonintoxicating ingredient in cannabis.

This raises an important question.

Should the medical community communicate these findings to patients with insomnia who inquire about medical cannabis?

Some health professionals may not feel comfortable due to the fluctuating legal status, a lack of confidence in the state of the science or their personal opinions.

At this point, cannabis's effect on sleep seems highly variable, depending on the person, the timing of use, the cannabis type and concentration, mode of ingestion and other factors.

The article by Deirdre Conroy originally appeared in The Conversation