Boy with tumours covering his face branded as ghost

His parents want him to get educated but no school is ready to take him. 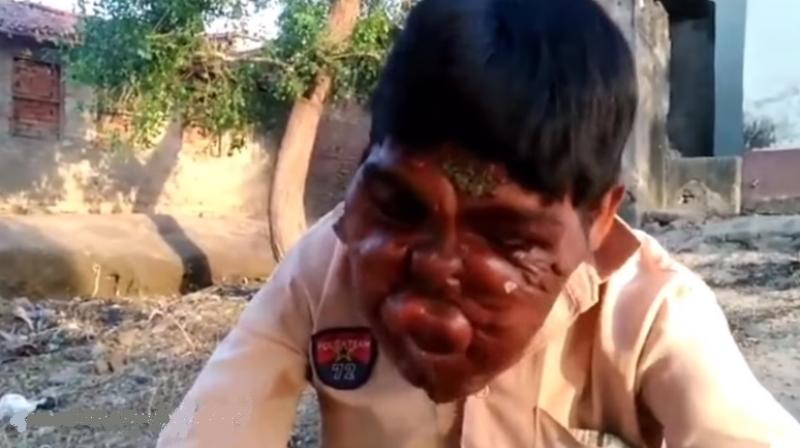 Nawada: Birth defects can leave children to face an ordeal for life as they may affect skin, facial features and physical aspects. In addition to the battle through life, kids facing such deformities are subjected to social stigma arising out of lack of awareness and prevalent superstitions.

Such is the tale of a teenager named Mithun Chauhan from Nawada in Bihar, who was branded as ghost child due to bulbous growth on his face and skin due to a rare genetic condition. He got the nickname from classmates as people ran away at his sight in the school.

The 16-year-old wants to play cricket and go to school, but spent most of his time at home as locals in the village were frightened of his swollen face. He was also abandoned by his friends due to this, as the swelling later made it difficult for Mithun to eat and breath.

While his parents and neighbours were worried, they saw the medical condition as a curse and kept praying hoping to cure it. But he was finally diagnosed with neurofibroma by a doctor, as his condition was causing tumours to grow all along the nerves.

His parents want him to get education but schools refuse to take him with the tumours. A medical expert said that the condition can be treated at a cost of Rs 3 lakh, and the entire village came forward to raise double that amount enabling Mithun to go ahead with the healing process.