Factors like environmental pollution and passive smoking pose a risk to your lung health. 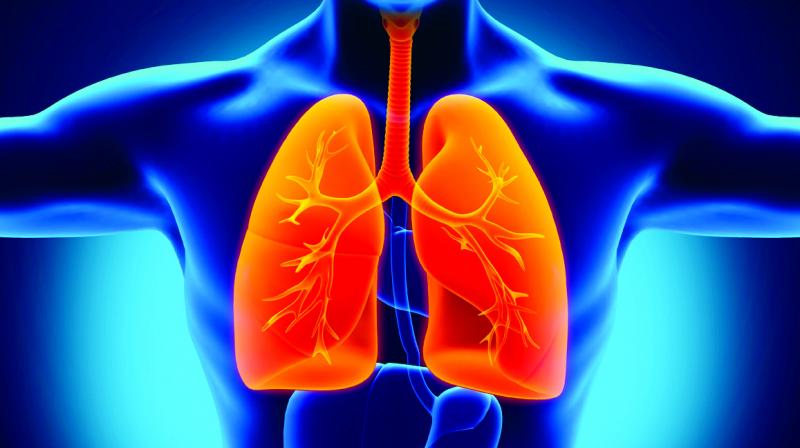 Early detections are mostly seen in cases where the individual has had a history of respiratory infections.

The human lungs are a strong organ and its airways fight diseases until the very end without giving off any symptoms. Owing to this, problems in the lungs are usually discovered at advanced stages, making the resultant treatment quite aggressive. Early detections are mostly seen in cases where the individual has had a history of respiratory infections.

Lung cancer has also become a big concern as it is the second most common cancer among men after oral cavity cancers, explains pulmonary and sleep disorders consultant, Dr Vishwanath Galla.

Q What are the early signs of lung cancer that one must be aware of?
Prolonged cough, blood in the sputum, sudden change in voice, chest pain and weight loss are some of the signs, though not specific to lung cancer. Once the person suffers from these symptoms, they need further evaluation.

Q Are those suffering from asthma, respiratory disorders and other breathing problems more prone to lung cancer?
There have been a few studies that have shown increased incidence of lung cancer in patients with previous lung diseases like past tuberculosis, chronic obstructive pulmonary disease, etc. Asthma as such does not pose any risk.

Q Does the huge pool of tuberculosis patients in the country make one more susceptible to lung diseases? Does that also increase the risk of cancer?
Tuberculosis, especially if untreated, leads to destruction and cavitations in the lungs. That acts as a nidus for various infections including drug-resistant tuberculosis. Studies have shown that lung cancer can also occur in destroyed lungs.

Q It has been found that passive smokers are affected more than smokers? Why is that?
Smoke in any form is harmful for the body. The smoke exhaled by the primary smoker will be inspired by the passive smoker, thus leading to a variety of respiratory complications due to the smoke contents. Also, a smoker will generally be more knowledgeable about respiratory issues because of his habits. But it is the passive smoker who is often ignorant about the symptoms that  lead to the delayed identification of such diseases.

Q What are the major reasons for lung cancer? At what stage in India
do patients come to the hospital? Of all the cancers, what is the incidence of lung cancer here?
Smoking, environmental changes and chronic lung diseases increase the risk of cancer other than the unexplained mutations that lead to cancer. Most patients generally come in the third or fourth stage when the chances of getting cured are less. Lung cancer accounts to 12 per cent of all new cancer cases and 14 per cent of cancer-related deaths.

Q Does it rebounce after a few years?
Yes. There is always a chance of relapse. It also depends on how effectively it has been treated.

Q What are the measures that people must opt for in order to strengthen lung functioning, especially those who have a history of respiratory infections?
One should quit smoking, discourage friends and family to smoke, maintain greenery around by planting trees, have good healthy dietary habits, avoid excessive combustion of fuels and consult a pulmonologist in case of suggestive symptoms. This may help the country in restricting the incidence of and deaths associated with lung cancer. Influenza (yearly) and pneumococcal vaccinations in patients with previous lung conditions may help in preventing recurrent respiratory infections.