This Indian-origin breathing technique can ease anxiety and calm the nervous system. 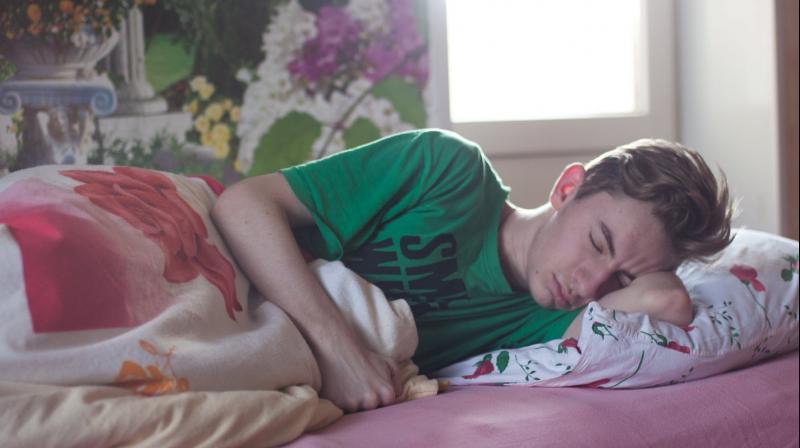 A study also found that this method of alternate breathing between two nostrils has a profound effect on the nervous system. (Photo: Representational/Pixabay)

Insomnia wreaking havoc to your life? Try this breathing tip popularised in Japan to get a peaceful sleep.

Lifestyle guru Sarah Harvey spoke about this method in her book Kaizen: The Japanese Method for Transforming Habits, One Small Step at a Time. This technique, called moon breathing, involves blocking the right nostril and only breathing from the left one.

Several experts believe that this method can relax the nervous system and helps you settle down into a peaceful sleep.

Moon breathing originated in India and was known as Chandra Bhedana in Sanskrit. "I find [it] helps me when it is 3am and my mind is racing with nonsense thoughts," said Harvey. Though it was first mentioned in early Indian scriptures, this technique is commonly used as a relaxation method across Asia, including Japan.

The author also swears by another method called as alternative breathing. It is called ‘Nadi Shodhana’ and it is a simple way to quieten the mind and settle the emotions. “It is a useful exercise to have up your sleeve during moments of anxiety or stress," she said.

"It really helps to focus the mind and press the reset button on your nervous system," she added.

A study published in 1994 in the Indian Journal of Physiology and Pharmacology also found that this method of alternate breathing between two nostrils has a profound effect on the nervous system. If done for daily for prolong periods of time, it could even alter human metabolism.

The study showed that men who breathed from their left nostril only for 27 breathing cycles in a day, four times a day, were much more relaxed. This technique helps calm down the activity of the sympathetic nervous system, which is responsible for body’s response to stress.