Reasons why women are more affected with Rheumatoid Arthritis. 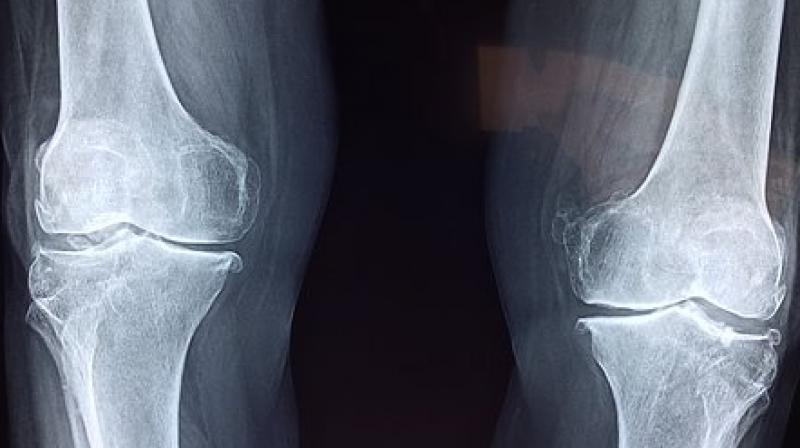 The longer the disease remains untreated, the greater is the damage. (Photo: Representational/Pixabay)

Rheumatoid Arthritis is a chronic, debilitating disease that causes a major impact on a patient’s quality of life and socio-economic productivity. RA affects about 1 per cent of the total population. Early morning stiffness of joints especially of small joints of hands and feet is a common symptom of RA. However, stiffness improves gradually during the day. Pain and swelling of joints follow gradually if left untreated and can lead to multi-organ dysfunction affecting the eyes, lungs, skin, and kidneys.

Commenting about the rise of RA patients in the city, Dr T.N Tamilselvam, Senior Consultant in Rheumatology at Apollo Hospital, Chennai mentioned, “It's unfortunate that a sizeable populace of patients affected visit Rheumatologists after being affected with deformities which are irreversible or causes a permanent lifelong liability. The considerable number of patients does not seek help from a specialist at an early stage. If help is taken from a specialist within 6 months of symptoms, the disease can be modified favourably with early remission from crippling symptoms and prevent joint damage”.

Early arthritis clinics (EAC) are a boon to near-total recovery. The concept of EAC clinics is very popular in Europe and in other developed nations. If such a concept is put in to practice in India that will go a long way in preventing the preventable most of the complications of the disease. Patients with severe active RA may have weakness, fatigue and poor sleep, affecting their productivity at work, forcing them to take time off work frequently and leads to loss of pay and may cost them their job. Patients with controlled RA generally can work, exercise and be productive.

“Women are three times more likely to develop RA than men. This may be due to hormonal factors. A fascinating fact is that RA becomes quiet and goes into remission during pregnancy and can flare up post-delivery. RA mostly affects people between age groups of 30 and 60 years. The incidence increases after the age of 70 years”, he added.

Awareness levels are still less, even in cities. Generally, smaller towns and villages have much lower awareness. It’s important especially to educate the General Practitioners so that they recognize the symptoms early. Perceptions that the drugs used in RA are much more toxic than the disease itself are wrong.

Commenting about creating awareness about RA Dr T.N.T said, “Every NGO has a social responsibility to conduct screening camps to pick up early arthritis cases for a better pain-free society. With an aim to minimize psychological trauma to the affected and family and to enable the affected to maintain good health with good self-esteem”.

A healthy diet will improve overall wellbeing and maintain a healthy weight. Ensure adequate intake of calories, protein, and calcium. Reduce intake of saturated fats. Eat more green leafy vegetables, fruits, and whole grains. Omega3 found in fatty fish and salmon reduce inflammation. Smoking is a known environmental factor which can cause aggressive disease. Gluten-free diet may be beneficial, however, there are not adequate trials to support this. Obesity is a pro-inflammatory condition and steps should be taken to maintain an adequate weight. After the pain is controlled, patients should do regular exercise as this reduces the stiffness.

However, early treatment is the key to have a minimum impact on the disease in one’s life. The longer the disease remains untreated, the greater is the damage. The golden period is the first three months of the onset of symptoms. Stop wasting time trying out alternative treatment therapies and diets and seek help from a Rheumatologist to prevent RA.