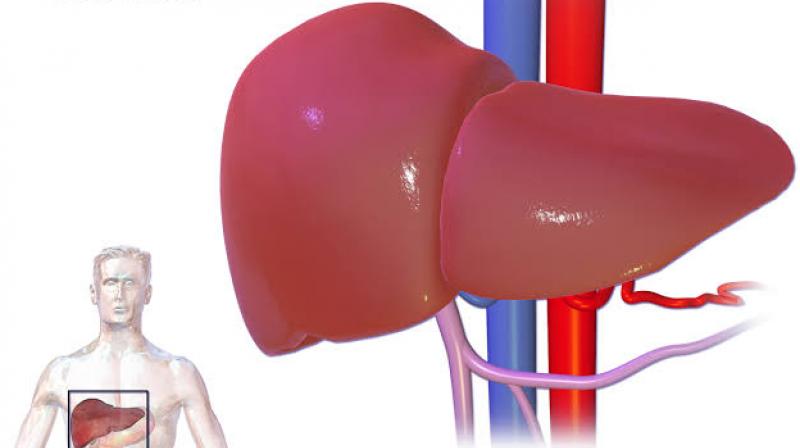 This discovery also contributes to the Human Cell Atlas initiative -- a global programme designed to create a comprehensive reference map of all cells in the human body. (Photo: ANI)

Washington: Patients fighting liver disease could be helped by the discovery of cells that cause liver scarring in their body, researchers have found. Scientists have identified new sub-types of cells that, when they interact, accelerate the scarring process in diseased livers. Experts hope that by understanding more how these cells behave, new treatments can be developed more quickly for liver diseases.

One in five people in the UK is at risk of developing liver disease. It is predicted to become the most common cause of premature death in the UK. It can occur as a result of a number of conditions such as obesity, alcohol excess, viral infections, autoimmune diseases or genetic disorders.

Long-term damage leads to the formation of scar tissue within the liver, eventually causing liver failure. There are currently no treatments available to prevent or reverse this. Scientists from the University of Edinburgh used a new technology called single-cell RNA sequencing to study liver scarring in high definition.

This discovery also contributes to the Human Cell Atlas initiative -- a global programme designed to create a comprehensive reference map of all cells in the human body. Dr Prakash Ramachandran, an MRC clinician-scientist at the University of Edinburgh's Centre for Inflammation Research and Consultant Liver Specialist at the Royal Infirmary of Edinburgh, said: "Identifying new treatments for liver scarring is critical to tackling the epidemic of liver disease that we are currently facing."

"For the first time, we now have an in-depth understanding of how cells behave and talk to each other in diseased livers and, importantly, how we might block their activity as a treatment for liver scarring," added Dr Prakash Ramachandran. "Using this new technology has allowed us to study human liver scarring in high definition for the first time. We hope that this new cutting-edge approach will rapidly accelerate the discovery of much-needed new treatments for patients with liver disease," said Prof Neil Henderson, a Wellcome Trust Senior Research Fellow at the Centre for Inflammation Research and Consultant Liver Specialist at the Royal Infirmary of Edinburgh.