Skipping breakfast may help to shed those extra kilos 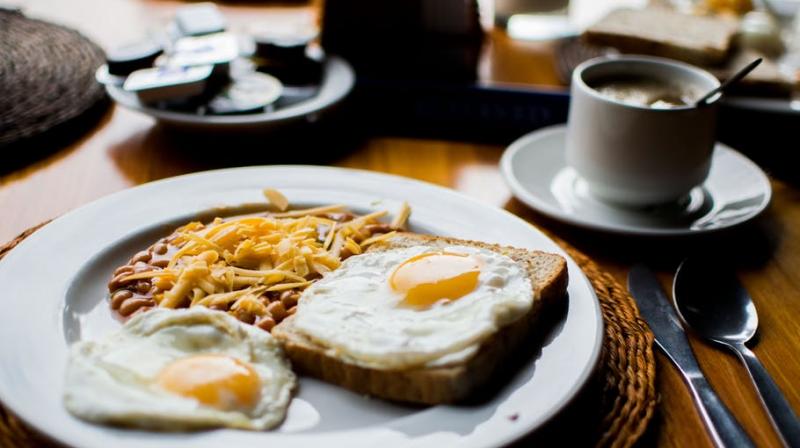 Washington: Good news! If you wish to shed those extra kilos early, then skipping your breakfast and fasting until lunch may help you eat around 353 fewer calories every day, a recent study has found.

According to researchers, fasting until lunch causes people to eat around 353 fewer calories a day, a study found. Study author Dr Keith Tolfrey said, "There is a common belief that breakfast is the "most important meal of the day".

However, around one third of children and adolescents in many countries skip breakfast regularly. The findings from the Universities of Loughborough and Bedfordshire support a growing body of evidence that restricting calories, via fasting, boosts weight loss by reducing people's calorie intake and regulating hormones involved in fat storage.

The team analysed 40 girls aged between 11 and 15 years old. The participants ate no breakfast or 6.3g of Weetabix with 188ml of semi-skimmed milk and 375ml of orange juice, for three days.

Their overall diets were assessed via food diaries, while their physical activity levels were determined by acceleration devices. The results revealed that skipping breakfast causes people to eat 353 fewer calories a day.

Although people eat around 115 more calories a day when they have breakfast, that meal alone contains on average 468 calories. Dr Tolfrey stated that there is a common belief that breakfast is the "most important meal of the day".

The researchers noted that they do not know why eating breakfast is associated with a lower likelihood of being overweight or obese, or whether eating breakfast can be used effectively as a weight-control strategy.

The findings are published in the Journal of Nutrition.