Read on to know whether protein shakes are effective in treating muslce soreness. 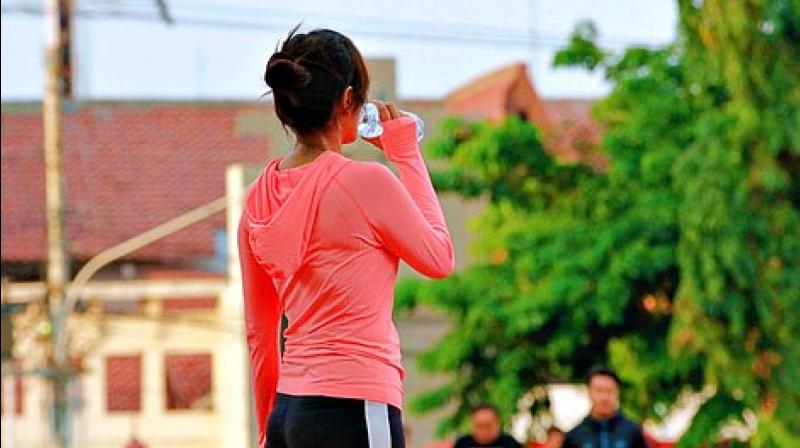 Protein shakes may not be the best remedy for muscle soreness. (Photo: Representational/Pixabay)

A new study has revealed that protein shakes might not be the best drink to help in muscle recovery after an intensive workout session. The study found that the traditional advice of drinking protein shakes after lifting weights at the gym is not quite fruitful.

A lot of people experience muscle soreness after working out. Carbohydrate rich sports drinks are an effective way to repair muscles, compared to protein shakes, suggests UK’s University of Lincoln study. Experts say that the current research has focused on a few participants, and more research is required in the field.

It becomes vital to look at the specifics of the study, which was published in the Journal of Human Kinetics. Thirty males in the 20 to 30 age group with a year’s experience of resistance were taken as the sample population. They were then divided into three groups, and were asked to consume hydrolysate dirnk, a flavoured carbohydrate drink and a milk drink after a gruelling resistance training session.

Post the session, the subjects were re-tested and rate the levels of muscle soreness on a scale of zero to 200, with zero signifying “no muscle soreness” and 200 being “muscle soreness as bad as it could be”. The researchers further asked the subjects to complete a series of strength and power assessments, like jumping as high as they could from a squatted position.

What’s worth noting is that the recovery response and soreness ratings were same across the groups. This implies that irrespective of the recovery drinks consumed, like whey protein shakes or sports drinks, there was no additional benefit per se.

Lead author of the study Thomas Gee said, “While proteins and carbohydrates are essential for the effective repair of muscle fibres following intensive strength training, our research suggests that varying the form of protein immediately following training does not strongly influence the recovery response or reduce muscle pain.” Instead, a healthy diet would be more influential in muscle recovery. “We would hypothesize that well balanced daily nutrition practices would influence recovery from delayed onset muscle soreness to a greater extent.”

According to Healthline, these findings come as a surprise because they contradict workout wisdom that has been imparted for years. Previous studies have always highlighted how protein has helped in building muscle strength and recovering after resistance training.

However, there have been a few limitations to the study. Firstly, the sample size is too small, and a more extensive research is required to establish the hypothesis. Secondly, there was no group of participants that consumed just water. This would have helped in knowing if the energy drinks have any effect at all.

“Recovery and repair of muscles does not just come down to only protein,” said Melissa Morris, EdD, a professor of applied kinesiology at the University of Tampa. “You must also consider the type of workout, rest, hydration, and overall nutrition, which makes it complicated to link just protein to repair and recovery.”

Then there’s the notion around which nutrients are needed to repair muscles. For a short-term recovery that lasts for say 24 to 48 hours after exercising, the specific combination of nutrients probably doesn’t matter much. In the long run, however, a mixture of proteins and carbohydrates is better than consuming just proteins.

“In my 15 years of coaching experience, what seems to matter most for recreational athletes, or regular people, is the total amount and quality of protein eaten over the day, rather than the specific time of the protein intake,” said sports nutritionist Jonathan Wong.