The woman was suffering from a disorder that caused her to eat her own hair and led to constant vomiting. 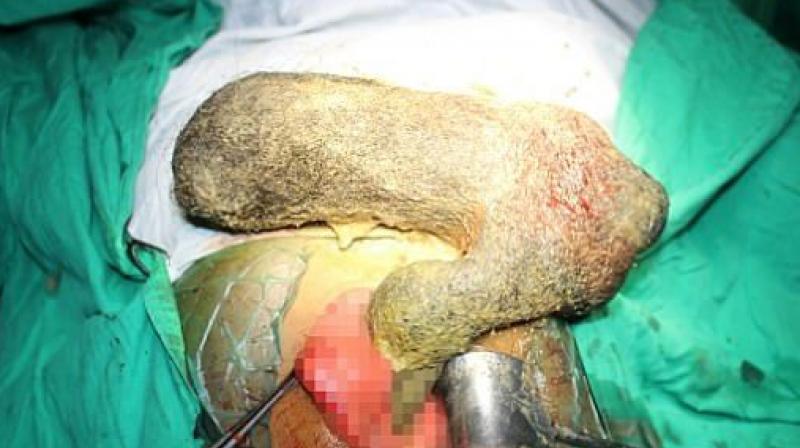 The hairball was 10 inches long and 4.7 inches wide (Photo: YouTube)

Rare conditions affecting people across the world can cause them to do things which may appear bizarre and lead to shocking consequences. Videos like fingernails being removed from a child’s gum by his mother have left people on the internet astonished and now a nauseating video is doing the rounds.

Doctors in Mumbai removed a large hairball weighing almost 1 kg from a 20-year-old woman’s stomach after she was left weighing just 30 kg due to constant vomiting. The woman was suffering from the Rapunzel syndrome which caused her to eat her own hair.

The oval shaped hairball which is 10 inch long and 4.7 inch wide was removed surgically following which the patient is recovering. People suffering from such conditions are unable to hold their food and vomit it out leading to anorexia.

The disorder causes patients to be restless as they also stop eating which is the main reason behind a drop in their haemoglobin count.