Researchers have already identified a range of existing drugs which could help. 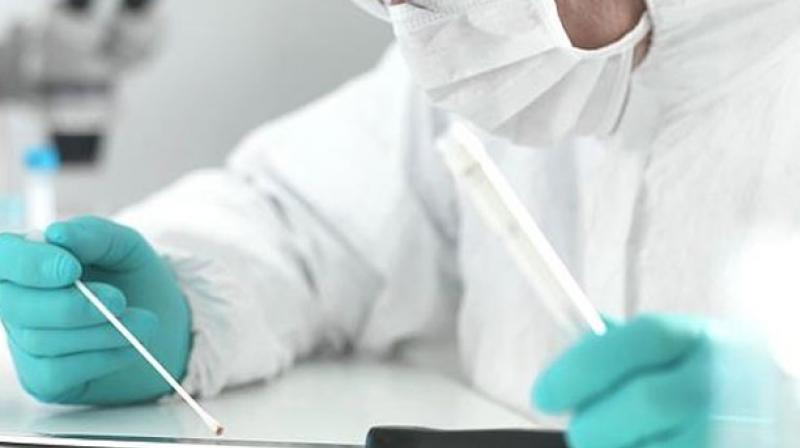 Washington: A recent research could offer hope to the thousands of, mainly young, people affected by the hereditary condition Neurofibromatosis 2 (NF2).

This condition is characterised by the development of multiple tumours of the nervous system such as schwannomas, meningiomas and ependymomas, each associated with mutations in a gene coding for a tumour suppressor called Merlin. In addition to NF2 disease there could be potential benefit for other cancers with the same mutations, including mesothelioma (usually linked to exposure to asbestos), breast cancer, colorectal carcinoma, melanoma, glioblastoma and spontaneous schwannomas and meningiomas occurring independently of NF2.

Scientists from the University of Plymouth and Plymouth Hospitals NHS Trust, supported by The Laura Crane Youth Cancer Trust and Brain Tumour Research, have revealed the role of the normal, cellular form of prion protein (PrPC) in the development of NF2-related tumours. PrPC is normally present in the nervous system of healthy individuals and is absent in Creutzfeldt-Jakob prion disease patients who have a pathological form of prion protein called scrapie prion protein (PrPSc). While physiological levels of PrPC are important during embryogenesis (the process by which the embryo develops and forms), and are neuro-protective in adults, highly increased concentrations were found in several cancers such as glioblastoma, breast cancer, prostate and gastric cancer.

Since all NF2 patients develop multiple schwannomas, the scientists have developed a human cell culture model for schwannoma, comprising of human schwannoma cells isolated from both patients and control normal healthy Schwann cells (which form the sheath that protects nerves). Using this model, the research team found for the first time that PrPC is over-produced in schwannoma compared with healthy Schwann cells. This overproduction is due to Merlin deficiency and strongly contributes to tumour growth and patient prognosis.

The research team have already identified a range of existing drugs which could manage this protein overproduction and that are used currently for other non-NF2-related conditions, such as Creutzfeldt-Jakob disease, multiple myeloma (a type of bone marrow cancer) and Acute Myeloid Leukaemia (AML). By repurposing existing drugs, an effective therapy could be made available to NF2 patients, based on the failure of Merlin tumour suppressor expression, relatively quickly.

The safety testing process for human use has already taken place for the original purpose of these drugs, which means they could be fast-tracked into clinical studies for NF2. Director of the study was Dr Sylwia Ammoun, Senior Research Fellow in Clinical Neurobiology, who had crucial support from PhD student Lucy Provenzano.

Dr Ammoun commented: "By understanding the relationship between overproduction of PrPC and Merlin deficiency in the development of schwannoma and meningioma, we have made a significant stride forward in the search for a drug treatment for NF2. This is a life-changing condition usually striking the young. That our discovery could also lead to hope for thousands of patients affected by other Merlin-deficient tumours, adds yet more to the significance and excitement of our findings."

Pam Thornes, Trust Manager at The Laura Crane Youth Cancer Trust, said: "We are extremely proud to have funded such pioneering cancer research as carried out by Dr Ammoun and PhD student Lucy Provenzano and collaborators in the Professor Hanemann laboratory. Their fantastic work is going to make a life-changing difference to the lives of so many young cancer patients and that their discovery could also lead to hope for thousands of patients affected by other Merlin-deficient tumours adds yet more to the significance and excitement of their finding. The Laura Crane Youth Cancer Trust is delighted to have been able to play a part in making this research a reality."

Dr Kieran Breen, Director of Research at Brain Tumour Research said: "Identifying a range of existing drugs which could be repurposed is an exciting approach by which we can speed up the progress of scientific discovery from the lab to the clinic, without compromising safety. Brain tumours kill more children and adults under the age of 40 than any other cancer, but lack of research funding over decades has meant that current treatments lag well behind those of leukaemia and many other cancers. We are having to play catch up to improve outcomes for patients and this study will bring us closer to identifying new and effective therapies". The study has been published online in the journal Oncogene.