Delays in emergency surgeries lead to higher risk of death

Study suggests timely access to the operating room is important from both the patient and care provider perspectives. 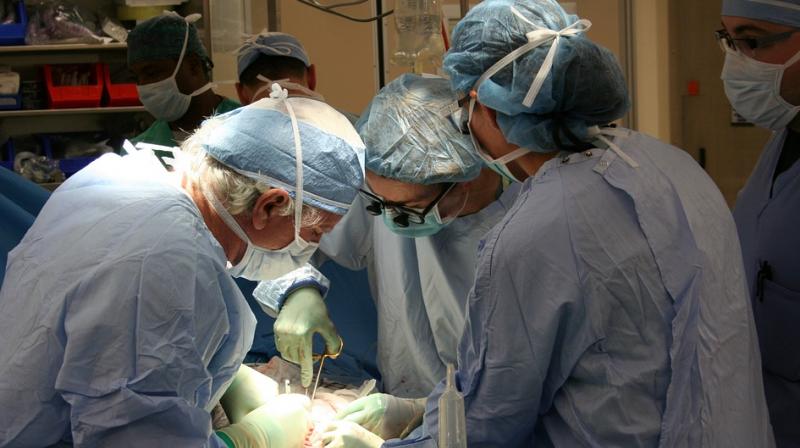 Washington: Patients whose emergency surgery is delayed due to a lack of operating room resources are at a higher risk of dying. The study was conducted at The Ottawa Hospital, one of Canada's largest hospitals, and the sole provider in the region for trauma, neurosurgery, thoracic and vascular surgery.

"Delays in emergency surgeries are a problem around the world," said senior author Dr. Alan Forster, vice president of quality, performance and population health, and senior scientist at The Ottawa Hospital, and professor at the University of Ottawa in Ontario. "This study adds to the evidence suggesting timely access to the [operating room] is important from both the patient and care provider perspectives. Given that there are no universal standards for the time frame a patient with urgent needs should get into surgery, we set an aggressive scale for the different grades of urgency."

Researchers identified 160 emergency surgery patients and found that almost 19% (2820) did not reach the operating room within that time frame. In 86% of those cases with documented reasons for delay, system issues such as staff or operating room availability were the cause.

Surgical delays resulted in a higher risk of death, longer lengths of stay for patients and higher health care costs. "We found that most delays were due to system issues, like physician, nurse and operating room unavailability," said Dr. Daniel McIsaac, an associate scientist at The Ottawa Hospital and assistant professor at the University of Ottawa. "Improving personnel availability may improve access without increasing costs (at least from a hospital perspective). Furthermore, the increased resources required to have adequate nursing personnel and physical resources should be partially offset by decreased hospital costs independently attributed to surgical delay."

These findings are consistent with evidence from other countries that delays are often due to system factors. "Although our results support the known association between delay and mortality in patients with hip fracture, they also support the generalizability of the delay-outcome association to nonorthopedic surgery, where previous findings have both supported and refuted this association," the authors write.

Dr. Forster states that these results suggest a different way of looking at how hospitals create sufficient operating room capacity is required. To ensure emergency patients can be accommodated, it is necessary to have spare capacity. "It might seem counterintuitive, but having unused time in expensive operating rooms could save both money and lives," said Dr. Forster.

The authors note that even though the study was conducted at one centre, the findings are likely generalizable to other settings.

Dr. David Urbach, Women's College Hospital and the University of Toronto, Toronto, Ontario, writes, "These findings will ring true for many who have worked in an operating room in a Canadian hospital. Global hospital budgets in an era of constrained public financing force surgical departments to strive for maximum efficiency; most optimize utilization of operating rooms and staff at maximum capacity for elective surgery, while assiduously avoiding any unbudgeted activity."