Life   Health  11 Mar 2018  Smoking not only affects heart and lungs, but skin too
Life, Health

Smoking not only affects heart and lungs, but skin too 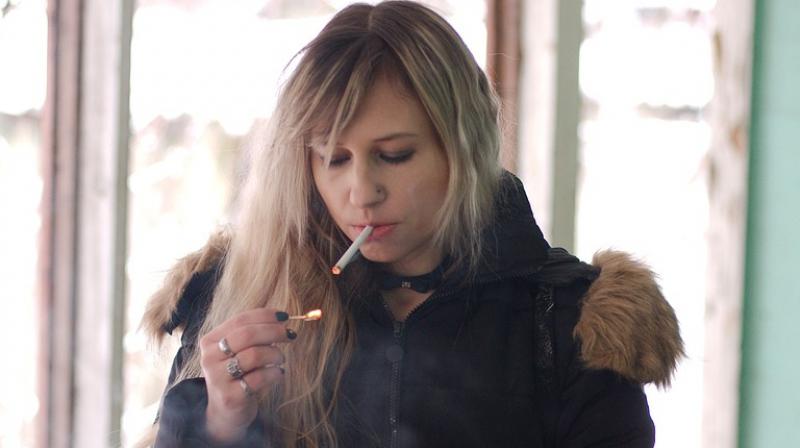 New Delhi: There is growing evidence that people living with psoriasis ought to be extra careful before lighting up a cigarette.

Before we dig into why one should put down the cigarette, let's be clear: Quitting smoking doesn't cure psoriasis, but smoking aggravates the symptoms and may make the disease significantly worse.

According to Dr.Abir Saraswat, National Coordinator, Special Interest Group - Psoriasis, Indian Association of Dermatologists, Venereologists and Leprologists (IADVL), "Smoking in general is a huge risk factor for developing psoriasis, affecting the onset of psoriasis and its clinical appearance. Moreover, many psoriasis patients tend to smoke to cope with the emotional and mental implications of the disease - such as stress or anxiety - which negatively affect psoriasis. This vicious circle of stress and smoking triggers the disease even further."

According to a study, smoking doubles a person's risk of developing psoriasis which eventually increases with the number of cigarettes smoked per day. This number is higher in women than men.

-Psoriasis and Smoking - Things to know

• Apart from nicotine, nickel (another ingredient in cigarette smoke) can also contribute towards psoriasis worsening as a result of heavy metal toxicity in your body.

• While dealing with psoriasis, a person goes through emotional stress and habits like smoking can stretch the stress periods and hence worsen the situation.

• Smoking can reduce the level of moisture in your skin, making it dry and itchy.

• If you don't smoke, don't start, especially if you are a woman - you have an even higher risk of developing psoriasis than men.

• If you do smoke, consider quitting - you may have a higher likelihood of remission.

• Focus on positive, healthy ways to cope with stress and anxiety - try meditation, counselling, sleep adequately, eat healthy and exercise, instead of smoking.

-It's never too late to stop

It is not easy to quit smoking or tobacco but it's definitely worth trying to improve overall health. The study that found smoking increases risk of psoriasis, also showed that giving up significantly reduced the risk of psoriasis - after 20 years it was at the same level as people who had never lighted a cigarette in their life. In fact, one may see an improvement in their skin in a matter of weeks as blood flow improves, and levels of nutrients are restored.